Colorado’s Republican House Members Reps. Tipton, Coffman, Gardner, and Lamborn all just voted to cut Coloradans out of oil and gas decisions for public lands administered by the U.S. Department of Interior Bureau of Land Management (BLM). It's no wonder that the Federal Lands Jobs and Energy bill (HR 1965) is lauded in glowing terms by the industry press, like The Bakken Magazine, because it promises to:

Stripped of the self-serving industry frame, however, it looks more like Colorado’s Republican House Members all voted for legislation that would limit citizen input and force American taxpayers to pay thousands of dollars to petition their government.  It would also mandate leasing some of America’s best wildlife habitat for the still-fictitious resource of ‘oil shale;’ prohibit federal regulation or even study of fracking; and, generally ease the way for more drilling and fracking projects.

Rep. Doug Lamborn (R-Embarrassment) puts it this way on his tax-funded website, calling the effort to eliminate public oversight:

…an essential part of the House Republicans’ all-of-the-above energy plan and would remove government hurdles and red-tape that block and delay development of our onshore oil, natural gas, and renewable resources.

On the other hand DeSmogBlog puts it this way:

Lamborn’s bill also aims to prevent individuals from opposing any proposed drilling project by requiring anyone who wishes to file an official protest to a proposed project to pay a whopping $5,000 fee. Also, if the bill is passed, onshore drilling permits will be automatically approved if the DOI does not act on the permits within a 60-day period.

The DeSmog description comes closer.  Public involvement is not ‘red tape,’ and not surprisingly Rep. Lamborn is an offensive twerp for suggesting that it is.  But DeSmog doesn’t get it quite right either, Colorado’s House Republicans don’t just want to limit the ability of citizens to have input on ‘drilling’ projects.  It’s worse than that.

The Lamborn bill that Rep. Tipton and the others have so happily joined seeks to limit citizen input on leasing the public lands at the very onset.   Leasing is when the mineral ‘right’ is granted—so cutting the public out here severely limits all future rights and ability for input.

This fact, that leases are considered property rights, is what many of Tipton’s constituents are dealing with right now in places like the Thompson Divide—which fleets of fracking trucks hauling God-knows-what (‘cause we don’t) might soon be accessing via downtown Glenwood Springs, against the wishes of very nearly every one.  Everyone other than the billionaire owner of the privately held Texas oil company that wants to drill and frack it and Rep. Tipton, who counts the Texan among his top cash constituents.

In addition to prohibiting regulation or study of fracking on public lands, the Colorado GOP Members backed bill would also slash funding for renewable energy projects on public lands while mandating leasing public lands for so-called oil shale. Oil shale is a solid rock best known for its unique ability to extract foolish investment as a perennially failed resource with even more promised potential than sugar plums dancing in engineers' heads or Dilithium Crystals.

There are layers of backstory to oil shale development on, and to the ‘onshore’ oil and gas leasing of,  the publicly-owned federal mineral estate.  Scandals like Teapot Dome and the Great Oil Shale Giveaway, court cases, counter suits, policy, and legislation. And then there are hard-scrabble tales of short-term success and longer-term failure, booms that never last as long as promised and busts that go on longer than they should.  But oil shale (the rock) and ‘fluid minerals-excluding helium’ (aka ‘oil and gas’) take divergent paths after 1920, with the passage of the first Mineral Leasing Act.

This diary is looking at the leasing of ‘fluid minerals,’ at oil and gas, not oil shale–Other than to note that our Republican delegation (as per the above)  is not only greasing the skids for the frackers, but also eager to hand over vast amounts of public lands to private interests for ‘oil shale,’ despite a dubious history of nothing but wisps of promises of some grand yet worse-than-unproven resource.

Same story, perhaps, in the end: someone's getting a good deal and its not the American taxpayer.  Certainly for oil and gas (the 'fluid minerals'), the take home lesson is that the oil and gas companies are already getting a good ride, and its regular folk that ultimately pay coming and going, even though allegedly the public are to be the beneficiaries of developing the federal estate.  Newsweek’s  Leah McGrath Goodman  (“You Know the Drill,” 10/11/13) writes:

In 1920, Congress rejiggered its rules on the heels of the oil rush at the turn of the century, insisting drillers pay a low annual lease rate, revised periodically, for the right to drill on taxpayer-owned lands and requiring them to contribute one eighth of their sales revenue in royalty. Nearly 100 years later, that policy remains the law of the land, robbing Americans of untold billions, even as they're forced to pay record-high prices at the pump.

That is no rash accusation from a tree hugger or a Luddite. It is the verdict of the U.S. Government Accountability Office, a nonpartisan research arm of Congress, after extensive research. Despite the promise that energy independence would benefit everyone, it is looking less likely Americans will be able to afford to enjoy their own energy heyday.

Some gripping numbers: In the past five years, more than one third of crude oil and more than one fifth of natural gas have been drilled from territories owned by the U.S. taxpayer and leased to the oil and gas majors. Yet the lease rates Big Oil pays for access to this precious acreage, last updated in 1987, are based on valuations from a year when oil prices averaged around $18 a barrel.

Unsurprisingly being able to lease public resources at 1980’s prices creates incentives to snatch up those lands, even if the market doesn’t support putting them into production.  Thus we end up with a situation like we have now, where vast acres of public lands and publicly-owned minerals have already been locked up by oil and gas companies and speculators, even as they whine for more.

All this is backstory into which our four congressmen have stepped.  With one more piece of crucial context to bring it current: Congressional junkets and fat contributions to ‘war chests’ matter.  They arrive, allegorically or otherwise, with pre-spun ‘policy solutions’ in the same figurative envelope, and voila: policy.

The latest worked-up advert comes via another industry-funded ‘think tank’ The Manhattan Institute.  It spins 'crisis' from a proclaimed slow-down of federal land leasing, ignoring that hundreds of thousands of acres of public lands are already leased but sat on, undeveloped.  And the Colorado GOP House Members gobble it up like gullible fowl.

So while this legislation no doubt benefits the folks who fund the congressmen, and who sit on the Boards of the corporate policy shops and their astroturf ‘social welfare’ groups; and it certainly is good for the out-of-state billionaires with eyes on drilling places like the North Fork or Thompson Divide; this legislation would also severely restrict the American public, essentially stripping rights from Coloradans like local farmers and towns who blocked the ill-advised lease sale of the BLM lands in the North Fork Valley or volunteer Park Service retirees that protested leasing around our National Parks. 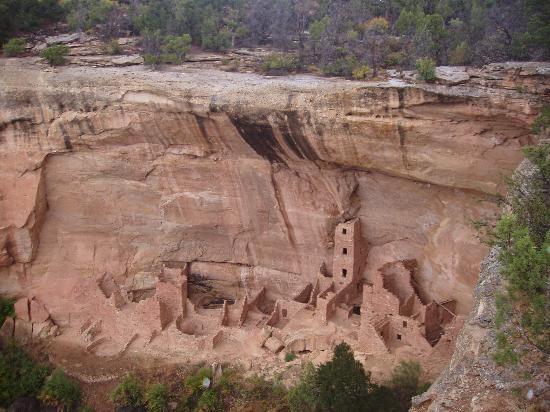 And that, I suppose, is the idea. Nip it in the bud, this trend of pesky public involvement.  It is worth limiting the ability of their own constituents to engage in government if those things thwart the will of Texas donors or the generous others with designs on getting more of the public's goodies.

If the Colorado House Republicans efforts bore fruit–which they will not with the current Senate and White House–then the next time the BLM tries to lease lands contrary to what its own sister agency at the National Park Service recommended, to use one example, all around Mesa Verde National Park for instance (and not so far from the fake pottery stores in Cortez), citizens will have much less say in deciding if that's a good idea.

So in case anyone is confused, it should be obvious.  Coloradans standing in the way of drilling and fracking are an impediment that faithful public servants like Reps. Tipton, Lamborn, Coffman, and Gardner simply cannot abide–such Coloradans are only citizens. Their well-heeled cash constituents are inconvenienced by public expression and bothered by input; the citizenry can so often be displeased and persnickety.

Predictably, the dutiful House Republicans from Colorado have voted to cut Coloradans right out of the picture.  But the question still remains: Why do we let them?