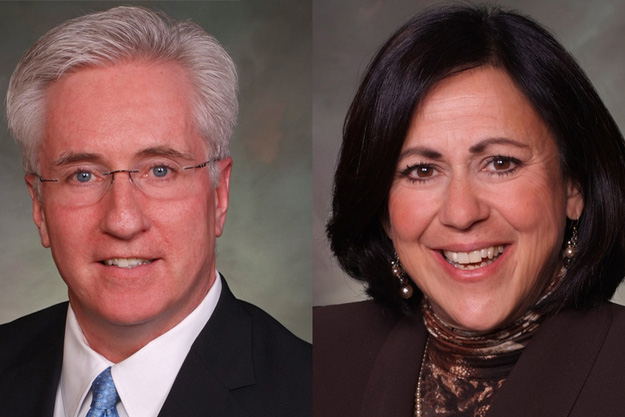 An unexpectedly brutal recall special election night for Democrats has left observers scrambling to recalculate the Colorado political landscape. With a headline-grabbing victory in hand, beleaguered Colorado Republicans are (understandably) looking to capitalize with an eye toward an electoral turnaround in 2014. Beneath the headlines, there are some underlying factors responsible for last night's success that are indeed warning signs for Democrats going forward–but, as we'll explain, also teachable moments. And Republicans should not feel overly buoyant about last night's results, as much of what happened can't be replicated. Here's our initial read of some key factors:

Balloting problems can fully account for Sen. John Morse's margin of defeat. Litigation from a third-party candidate, who in the end failed to garner the needed signatures to join the race, prevented the normal delivery of mail ballots in this election. The situation was further compounded by limited voting hours and locations set up by El Paso County Clerk Wayne Williams. Early voting locations in SD-11 opened days after those in Pueblo, and some as centers, such as liberal Manitou Springs, didn't open until Monday.

The preliminary tally as of this morning has Morse trailing by a mere 343 votes to Senator-elect Bernie Herpin. But more telling is the stark difference in the total number of votes cast in the SD-11 recall election versus SD-3 in Pueblo: Over 35,000 in Pueblo compared to fewer than 18,000 in Colorado Springs. At least some of that gap must be attributed to impaired access to the vote in El Paso County.

Pueblo Democrats have a lot to answer for today. The unique characteristics of the blue-collar Democratic stronghold of Pueblo caused some concern, as we touched on a few times about how Democratic infighting could result in trouble for Senator Angela Giron. That said, the modeling by Democrats did not forecast the crushing loss she suffered last night, and field strategists on the ground did not detect the Democratic votes against Giron that contributed to her defeat yesterday.

The transpartisan pull of the gun issue is almost certainly a factor, but there's more to this story that involves personal conflicts between Giron and other Pueblo Democrats. We're not making any judgments about who may be right or wrong in such infighting. The problem for Giron's detractors today is that nobody outside Pueblo gives a crap about their petty squabbles–we simply want to know why this Democratic stronghold could not defend their state senator. We wouldn't want to be the ones trying to explain today why they as Democrats sat this out, or worse.

Democrats fought the message war in these recalls with one hand tied behind their backs. There was a strategic decision made early on by Democrats and third party recall opponents to avoid the subject of guns as much as possible during the defense of Morse and Giron. This was not a decision made lightly, after polling clearly showed how much the issue agitated conservatives while contributing relatively little to motivating the Democratic base. But what Democrats rejected, or at least didn't account for for in this strategy is one inexorable fact: the recall elections were always about guns, and no amount of denial could change that.

As a result, Democratic messaging tended to dance uncomfortably around what everyone following the recalls knew was the central issue. News reports repeatedly zeroed in on the fact that the issue was not being mentioned in pro-Democratic ads. Part of this was skittishness left over from the long and vicious debate over the gun safety bills passed in the Colorado legislature this year. Democratic attempts to strengthen their message on guns during the session frequently met with gaffe-riddled disaster. The media's coverage of the issue has ranged from incompetent to openly hostile. And of course, there was a long list of positive accomplishments unrelated to guns, and attacks on opponents, that it was hoped would motivate the Democratic base to get out and vote.

But in the end, avoidance of the unavoidably central issue confronting Senators Morse and Giron contributed to their defeat. One of the best indicators of Democratic messaging failure on the issue of guns is recent polling that shows Colorado voters dislike the amorphous concept of "gun control," but support the bills actually passed by the legislature this year. That disconnect, exploited and widened by pro-gun misinformation, is a major reason Giron and Morse were recalled yesterday.

These recalls are likely the high water mark of the latest Colorado Republican "comeback." The ability to pour disproportionate resources into two state senate districts to win recall special elections does not automatically portend general election success for Republicans in the future. For one thing, it was already the case before these recalls that Democrats felt they had accomplished their objectives with regard to gun safety. Especially now, it's a safe bet there will be no push next January for more gun legislation. The single-issue anger over these new laws will subside now that the gun lobby has extracted their pound of flesh, and the issue won't be salient in November of 2014 the way it is today.

The recalls also continue a trend of hard-right candidates being not just elected, but placed in highly visible roles by the Colorado GOP. What we hear about Senators-elect Bernie Herpin and George Rivera suggests their time in office will be quite memorable, adding even more color to a Senate caucus already blessed by the likes of Sens. Vicki Marble and Ted Harvey. Again, polling shows that statewide, the view of these recalls is very different than the voting results in these two districts. If Republicans interpret these results as an excuse to delay getting their public embarrassments under control–or worse, create new ones–they'll be worse off in the long run.

No Democrat should be under any delusions about what happened yesterday. It was a victory by the gun lobby and longsuffering Colorado Republicans, but it was also a defeat for Democrats worsened by avoidable aggravating circumstances–only partly cushioned by the fact that two of the four recalls ended in defeat before they began. The messaging failure we discussed above was perhaps inevitable as soon as Democrats lost control of the narrative around gun safety during the legislative session. In all the years we've been involved in politics, we've never seen an issue successfully managed by avoidance–but we do see it unsuccessfully tried an awful lot.

We'll have much more to say about the lessons of this historic–for good or ill–election in the coming days.