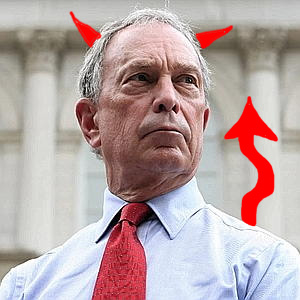 Overall, more than 17,000 individuals contributed to the campaign to help the lawmakers survive these recalls, the first of state lawmakers in Colorado history.

“We want to thank every single one of those supporters, from Mayor Michael Bloomberg to the people who gave 5 or 10 dollars,” said Jennie Peek-Dunstone, with Pueblo United for Angela. “They all play a role in fighting back against the ‘wave of fear’ that the recall proponents want to send across the country.”

17,000 donors in opposition to the recall attempts against Senate President John Morse and Senator Angela Giron is definitely something recall opponents can point to as evidence of broad support. Stokols notes in his story that much of the cash on the other side is being channeled through so-called 501(c)4 groups, which don't have to disclose their donors. KKTV reports that one of the larger trackable sources of funds in support of the recall, the National Rifle Association, has itself given over $100,000. So obviously, and as anyone could have predicted given the high national stakes of this recall election, the money is freely flowing in on both sides.

But folks, there's only one donor that Republicans want to talk about today! The Denver Post's Lynn Bartels:

Recall supporters pounced on the news.

"We represent the folks who live here, work here, and simply want their state back from the East Coast special interests like Mayor Bloomberg, who influenced this past legislative session," said Jennifer Kerns, spokeswoman for the Basic Freedom Defense Fund. 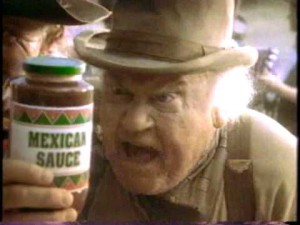 ​Now before you choke on your beverage trying to reconcile the hypocrisy of Americans For Prosperity California's spokesperson, herself imported to Colorado only last April, complaining about out-of-state "special interests," let's talk about this raging antipathy against New York City Mayor Michael Bloomberg for a moment. Republicans excel at the art of personal vilification (see: Clinton, Bill), and ever since Bloomberg founded his campaign Mayors Against Illegal Guns with Boston Mayor Tom Menino, Bloomberg's popular image has been steadily reshaped by his detractors from that of a self-made billionaire and American success story (not to mention one time Republican) to a power mad, gun-grabbing tyrant. This despite the fact that Mayors Against Illegal Guns' (note the word "illegal") biggest goal is universal background checks nationwide–a policy supported by 80%+ of the public in every poll we've seen, including this week's Quinnipiac poll of Colorado voters.

During the legislative debate over the gun safety bills, Republicans seized on the idea that NYC Mayor Bloomberg might have phoned–yes, actually phoned!–Colorado Governor and former Denver mayor John Hickenlooper. The fact that they both served as mayors of major American cities at the same time, meaning they already knew each other, didn't get in the way of the outrage. But on a more basic level, we always thought the attempt to vilify Bloomberg like some kind of foreign invader was just ridiculous. After all, we've been to New York City, and you don't need a passport. From the Statue of Liberty to the 9/11 Memorial, New York City is part of the same America we live in. We feel kind of embarrassed to point this out, since it really seems quite obvious to us.

But apparently, this recall has become puerile and hypocritical enough that we need to.