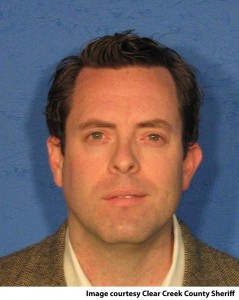 Last Friday, we commended Colorado Republican Party chairman Ryan Call, who in the aftermath of a rambling racist monologue from Sen. Vicki Marble last Wednesday in a poverty reduction hearing was apparently making no attempt to defend her. Call told reporters in a statement Thuesday that "Sen. Marble's careless comments do not reflect the views of Republicans."

Today, as the Colorado Statesman's Peter Marcus reports, we take back our commendation.

GOP Chairman Call believes that the racist angle is being played up. He’s not sure that the conversation would have even turned to race had Fields not raised the issue.

“They’re always looking for whatever excuse they can to jump on any perceived offense or slight,” Call said of Fields and the Democratic Party. [Pols emphasis]

“Careless is not racist. So, for Rhonda Fields and Democrats to be so critical and to respond in such an over-the-top way is actually, I think, in many ways worse because by taking something that is inartful comments and allege racism as a result in an attempt to score some cheap political points doesn’t do anything to further the dialogue,” added Call. 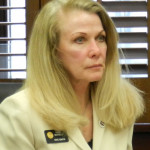 Just so everybody's clear, let's compare Call's remarks today with what he was saying last Thursday:

"Sen. Marble's careless comments do not reflect the views of Republicans," GOP chairman Ryan Call said in a statement issued Thursday. "Since the time of Abraham Lincoln, the GOP has a proud history of standing up for minorities, [Pols emphasis] and we are committed to fighting for policies that ensure every American has the opportunity to succeed."

Evidently, when Chairman Call felt it necessary to remind people last week that "the GOP has a proud history of standing up for minorities," he wasn't trying to "turn" the conversation "to race!" It seems Call was just veering into some totally unrelated tangent about the GOP's "proud history of standing up for minorities" when he spontaneously made that statement, which came immediately following Sen. Marble's monologue about "the black race," barbeque, and chicken. It's all just an amazing coincidence.

Our best guess is that Ryan Call took some very irate phone calls after his statement last week was made public–and even though he was most assuredly right the first time, Call is very well paid to not speak ill of fellow Republicans. So today, Colorado GOP chairman Ryan Call is back on script.

Folks, if there was any way to make a bad situation even worse, this might be it.