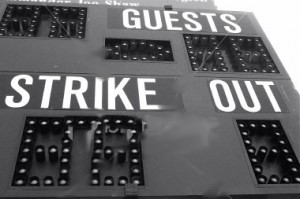 The National Rifle Association (NRA) and the Rocky Mountain Gun Owners (RMGO) have been busy pushing the narrative this summer that Colorado's pending recall elections are a warning to other elected officials who might dare to support laws intended to curb gun violence. That narrative has been repeated by many a media outlet; a good recent example of such messaging comes via The Atlantic:

The Giron and Morse recalls could turn out to be an expensive and mainly symbolic vote against two officials, but their backers are certainly hoping for more. As in 1994, they are hoping that these recalls are a harbinger of electoral doom for gun-control advocates that will signal to other politicians that it's just not worth the trouble to limit guns – even if you can win a recall. Whether the effort works will be clear soon enough. [Pols emphasis]

Forgotten in all of the run-up to the Giron and Morse recall is that gun advocates actively pushed their recall threats on four different lawmakers — but two of them went down in flames long before they could make it to a ballot.

Back in May, an effort to recall Arvada Democratic Sen. Evie Hudak was well underway, but it was later abandoned when it became clear that they weren't going to be able to gather enough signatures to get the recall on the ballot. The same thing happened a day earlier when recall efforts against Durango Rep. Mike McLachlan sputtered out due to the same lack of interest from voters.

We certainly understand the symbolism behind the Colorado recall efforts, but we'd hope the media would pay a little more attention to the fact that two recall attempts have already failed. The NRA, RMGO and friends need to succeed in both of September's recall elections much more than has generally been reported; threatening a recall is a pretty bold move, and they've already proven that they can't back up those threats entirely. Victories by Giron and Morse in September would be flat-out disastrous.