Be honest, folks–would you, as a representative in one of Colorado’s most narrowly divided swing districts, post this on your Facebook page? This close to the elections? 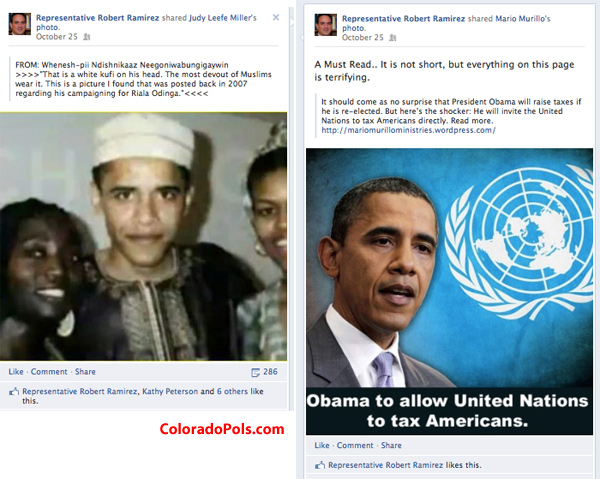 It’s like Donald Trump and Glenn Beck threw up all over Ramirez’s profile.

Again, the goal this close to the elections is to not do things that pointlessly turn people off. Meaning if you believe Obama is (insert widely discredited conspiracy theory), you save it for after you win your extremely competitive race with control of the entire chamber at stake.

We’re honestly surprised to see it. Why would Ramirez choose now to reveal his inner crazy?