Who is Threatening the Republican Party Today? 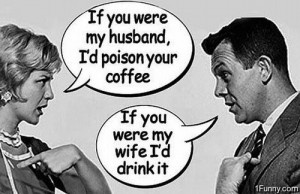 Things are going well inside the Republican Party

We've written repeatedly in this space of our belief that we will look back on the "rise" of the Tea Party as the beginning of the end for the Republican Party. Some of the "grown-ups" in the GOP have recognized the inherent problem of trying to solve every election failure by becoming more conservative the next time around, but all that is doing is costing the Republicans what should have been safe seats when the right-wing primary winner gets pummeled in the General Election.

Republican National Committee Chair Reince "And Repeat" Priebus tried to get the GOP focused on a new direction with their "Crayon Plan" earlier this year. For many social conservatives, the message was received. And rejected. Now, as NBC News reports, a group of prominent social conservatives are wagging their collective fingers anew and threatening…something:

A group of high-profile social conservatives (including Colorado's own James "Spongedob" Dobson) warned Republican National Committee Chairman Reince Priebus in a letter this week that their supporters could abandon the GOP if the party seeks to change its position on social issues, particularly same-sex marriage.

Thirteen social conservatives, representing various influential groups, wrote Priebus ahead of the RNC's quarterly meeting this week in Los Angeles to sternly rebuke the conclusions of a post-election report that advised Republican elected officials to adopt a softer tone toward social issues…

…Much of the conservatives' letter to Priebus stresses the issue of gay rights, and challenges the logic of the Growth and Opportunity Project's advice to broaden the party's appeal. Holding the line against same-sex marriage, the letter argues, would allow Republicans to make better inroads, for instance, into more traditionally-minded corners of the African American community.

"It is the faith-based community which offers Republicans their best hope of expanding their support in these groups," the signatories wrote. "Going 'vanilla' or even changing long held positions would quickly end this opportunity."

So what does the GOP have to fear from these right-wing conservatives if they don't go back to hating the gays their old GLBT policies? Former Arkansas Gov. Mike Huckabee, a leading voice among the far-right crowd, says "they're going to lose a large part of their base because evangelicals will take a walk." Oh yeah? And go, where, exactly? Let's reminisce for a moment…

In February 2008, ol' "Spongedob" warned that Sen. John McCain would destroy the Republican Party if he were to become the GOP nominee for President (Spongedob turned out to be somewhat correct, when McCain picked Alaska Gov. Sarah Palin as his running mate, but we digress…). Spongedob threatened to boycott the 2008 election if McCain won the nomination, and while we don't remember whether he really followed through on that threat, history would indicate that it didn't much matter if you consider Barack Obama's overwhelming victory in the General Election.

The point, here, is that these threats from the "real conservatives" don't mean much, because where else are they going to go with their political anger? It reminds us a lot of oil and gas companies threatening to "leave Colorado" if the industry is "over-regulated," as if there are dozens of other states that contain vast reserves of oil and gas under the ground; they can threaten all they want, but where are they really going to go?

What the threats do indicate, however, are the difficulty that Priebus and company are going to have in trying to keep ultra-conservatives from defeating more moderate (and electable) Republicans like former Indiana Sen. Richard Lugar. It's already playing out in the Senate, where Minority Leader Mitch McConnell of Kentucky is so scared of a primary challenge in 2014 that he's refusing to even have a debate about gun safety.

Perhaps it's time to stop asking "Where do Republicans go from here?" The sad truth for the GOP is that they have nowhere to go as long as the Tea Party and social conservative leaders are driving the bus.

Per NBC News, the signatories of the angry conservative letter of the day: