Violently anti-gay and weirdly pro-sex offender El Paso County Chair candidate Dave Williams (part one, part two, part three) lost his race one week ago today. Williams earned 41% of central committee members' votes, to opponent Jeff Hays' 59%. When even conservative talk radio started calling for Williams to step aside because of his inability to fairly represent gay Republicans, it became obvious that change is in the air even in the most conservative parts of the GOP. "You can't win elections with just wealthy, white, evangelical Christian, heterosexual males" is sinking in. Even more importantly, the people who simply believe there's nothing conservative about bullying gays–people like Jason Worley and Ken Clark–are getting their voices heard.

But change won't be easy. It'll be slow, painful, and over the dead careers of many of today's Republican legislators. Take, for example, freshman Senator Owen Hill, who, when he isn't "signing" letters as a representative of a nonexistent Senate district, is apparently given to using rhetoric like "He's half-Hispanic, therefore we'll get Hispanic votes!" to endorse Dave Williams. Hill, who joined with Representative Lambert to nominate Williams at the El Paso County GOP assembly, sent a bizarre letter (after the jump) on behalf of Williams. (Whether or not he wrote or signed it, I'll leave to the reader's discretion, but he certainly attached his name.)

The staggering entitlement to Hispanic votes is exactly what keeps Hispanics voting Democratic… even when Democrats do, as they've done the past four years, a not-so-great job of representing them. (I expect better results from the next four.) But the point is, if you want Hispanic families' votes, you don't get them just by appointing a smarmy half-Hispanic kid to tell them they should be voting Republican, and they've just been deluded into voting for Democrats because no half-Hispanic twentysomething had previously come along to show them the error of their ways. Let's review: Saying the same old anti-minority things while being a person of color is not change. Saying new things is.

It's also kind of amusing how Hill brags here about running his own campaign… did he, if Dudley Brown is (allegedly) writing his letters?

Republicans, congratulations on not electing Dave Williams. I don't know Hays, but I hope he'll be a better leader than Dave would have been, and I hope nobody boos the next gay veteran to speak at your state assembly. Now, please turn your minds to another, closely related problem: You've got a bunch of these guys in elected office representing your party. Hill is a freshman–he won't be termed out anytime soon. He can probably keep winning, considering the demographics of his district (in which he may or may not have actually resided at the time he filed to run — more on that later). For how many years do you want that "conservative brand" he talks about here represented by a guy who thinks the way you get minority votes is not by evolving policy, but by appointing sorta-minority Republicans to tell minorities, "Here's why you should be voting for Republicans?"

Hill warns of "complete Democrat control of Colorado for Decades to come." Looks like he's one of those who'll ensure it. 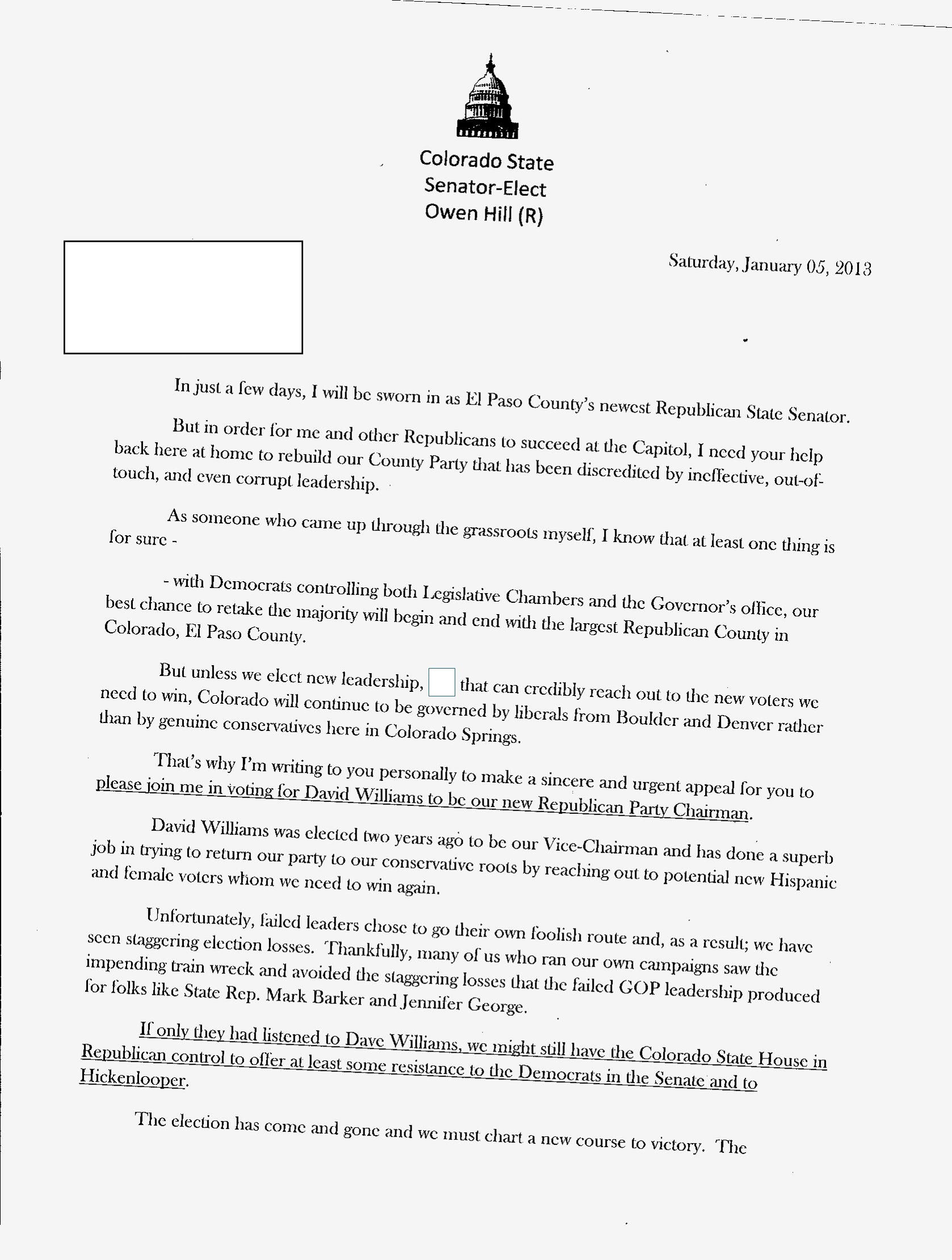 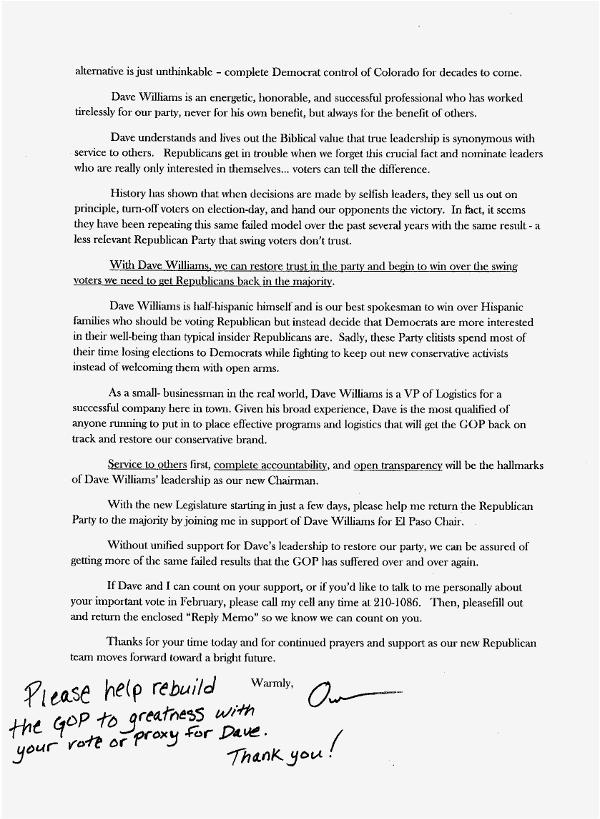