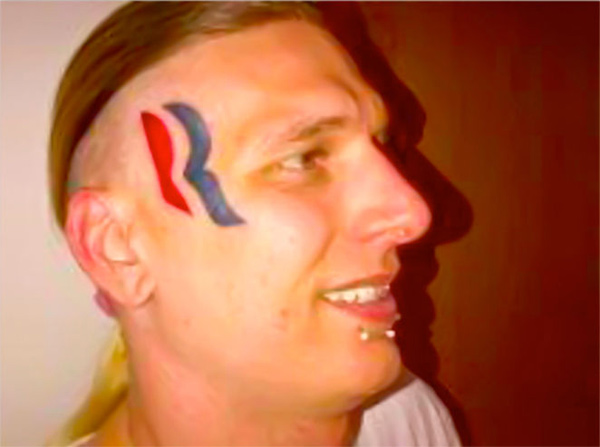 Eric Hartsburg will no longer be the “Romney face-tat guy” in about a year–the length of time it’ll take for him to remove this tat in 7-10 sessions with “Dr. TATTOFF.” Hartsburg says he’s abandoning the ink because of his candidate’s post-election behavior, especially comments claiming Obama bought minority, youth, and low-income votes with “gifts”:


“It stands not only for a losing campaign but for a sore loser,” Hartsburg said. “He’s pretty shameful as far as I’m concerned, man. There’s no dignity in blaming somebody else for buying votes and paying off people. I can’t get behind that or stay behind that.”

Hartsburg, a wrestler, will regret the loss of a certain notoriety which expanded his fight opportunities–but he also admits that, “You can’t walk around with a big ‘R’ on your face.”

Keep that in mind, Republicans, if Rubio runs in ’16…