Could An “Adjudicated Recount” Make a Difference in CO-03? 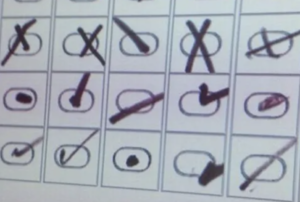 There are a lot of ways to screw up a bubble.

One of the more surprising outcomes of the 2022 election has opened the door to an unusual new recount request that could potentially have repercussions elsewhere.

As part of the massive “Bluenami” that drowned darn near every Republican in Colorado in 2022, Democrat Bob Marshall upset “incumbent” Republican Rep. Kurt Huffman in Douglas County (HD-43) by 405 votes (Huffman was appointed by a vacancy committee in June after Rep. Kevin Van Winkle was selected to fill a State Senate vacancy, so he wasn’t really a true “incumbent). In a district where 45,349 total ballots were cast, 405 votes is outside the margin for an automatic recount (triggered when the difference between the top two vote-getters is within 0.5% of the leading candidate’s vote total).

Huffman could pay for a traditional machine recount himself — Colorado doesn’t do hand-counts — though he’d be unlikely to find enough votes to change the outcome of the race; that process generally only adjusts vote totals by a smidge, as we saw with last summer’s recount in the Republican race for Secretary of State. Instead, Huffman is hoping a different request could alter his fortunes.

As the Colorado Secretary of State’s office explained on Thursday via press release:

Per candidate Huffman’s request, the recount will be conducted via readjudication, meaning only ballots that required adjudication in the initial tabulation will be examined in the recount. This approach, which is specified in Election Rule 10.9.2, calls for the county’s bipartisan election judges to reexamine all of the ballots which required human adjudication during the initial tabulation of votes and recheck to ensure that those human adjudications were accurate. Candidate Huffman had the option under Election Rule 10.9.3 to request a recount by means of a re-scanning of all of the ballots, but he has elected to request, and pay for, a recount by means of readjudication. 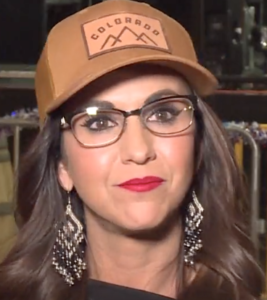 In short, the process of “adjudication” is used to help determine a voter’s intent when a completed ballot is unclear. For example, if a voter filled out the wrong bubble, crossed it out, and then circled a different name, an election judge would examine said ballot in an attempt to determine what the voter meant to choose on a particular ballot question.

Colorado’s ballot tabulation machines flag ballots that appear to contain overvotes (more than one selection on a given question) or other markings (such as writing in the margins) that are then set aside for a bipartisan team of election judges to review.

In a “permissive recount” — what we are calling an “adjudicated recount” — all ballots flagged as containing overvotes or undervotes (when no mark is made on a particular question) are reviewed by a bipartisan team in order to ensure that there wasn’t a voter mark that might need to be re-interpreted.

Now, because the race in HD-43 did not have a third-party candidate, it is unlikely that there were hundreds of misinterpreted ballots out of a total of 45,379 total ballots cast. Those odds are much different in a Congressional race, however.

In CO-03, where a mandatory recount is underway in the race between incumbent Republican Rep. Lauren Boebert and Democrat Adam Frisch, it is theoretically possible that an “adjudicated recount” could make more of a difference. Boebert entered the mandatory recount with a 550-vote advantage out of a total of 327,134 ballots cast. If 276 ballots out of that total were counted for Boebert when the voter intent was to select Frisch, the outcome of this race could be very different.

There is no indication that Boebert or Frisch are considering this question, and we really have no idea whether there could actually be enough of these mis-marked ballots to make a difference in CO-03. But this wasn’t a question we had even considered until Huffman filed his permissive recount request earlier this week.

The original mandatory recount in CO-03 must be completed by Tuesday, Dec. 13. The “permissive” or “adjudicated” recount in HD-43 is scheduled to be finalized by Thursday, Dec. 15.