Colorado Senate Race Ends With a Whimper and a Shrug 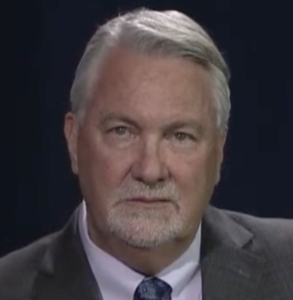 This is the face of a guy who just wants to go get some #HorseSushi and a mug of iced beer.

Colorado’s U.S. Senate race is entering its final days with a big ol’ heaping plate of “whatever.”

For weeks, national news outlets pretended that the battle between incumbent Democratic Sen. Michael Bennet and Republican challenger Joe O’Dea could be a closely-watched race on Election Day. But with less than two weeks to go, reality has sunk in for O’Dea as he faces anger from the right and apathy from everywhere else.

During Tuesday’s Senate debate at Colorado Mesa University in Grand Junction, O’Dea displayed the energy and enthusiasm of a teenager asked to wake up early on a weekend morning. In fact, the most notable takeaway in watching O’Dea might have been his audibly heavy breathing whenever Bennet was talking. O’Dea flubbed many of his lines; declined to use up his full allotment of time in responses; and literally read aloud his closing remarks from a piece of paper (remarks you would think a Senate candidate would have memorized by now).

O’Dea has seen the polls, all of which show him losing badly to Bennet. O’Dea knows that he won’t have the resources to do anything about it in the final stretch of the race, with his campaign resorting to weird tinfoil hat conspiracy theories in a desperate attempt to raise a few more bucks from conspiracy-minded donors.

Quite frankly, we can’t blame O’Dea for having trouble mustering up any excitement. The writing is on the wall. The fat lady is getting ready to sing. Pick your cliché.

Last week, a super PAC affiliated with Mitch McConnell announced it was pulling nearly $6 million out of the New Hampshire Senate race. On Tuesday, the group dumped an additional $6 million into the Pennsylvania Senate race…

…Seemingly gone for Republicans are the dreams of picking up the likes of the New Hampshire seat, where Sen. Maggie Hassan is seeking a second term. Ditto Republican hopes of beating Colorado Sen. Michael Bennet. [Pols emphasis]

Sen. Michael Bennet is endorsed by every major newspaper making a decision in Colorado.

Jesse Paul of The Colorado Sun continued this theme today:

In Arizona, for instance, the NRSC has spent nearly $7 million opposing Democratic Sen. Mark Kelly. In North Carolina, the group has spent $6 million. The NRSC has spent more than $3 million in each Georgia and Pennsylvania.

When asked whether the NRSC would spend millions in Colorado in the next two weeks before Election Day, Scott said “we’re working to raise money every day.”The Senate Leadership Fund, a super PAC aligned with Senate Minority Leader Mitch McConnell, a Kentucky Republican, has spent $1.25 million in Colorado on O’Dea’s behalf. That’s a fraction of the amount the group has allocated to races in other states.

This is a continuation of the national Republican message from earlier this month (which was a continuation from the previous month) that “We’re keeping an eye on Colorado.” It’s reminiscent of a kid asking his mom if they could go out for ice cream, and the mom saying, “We’ll see”; it’s not a definite “no”, but you know enough not to put on your shoes.

With the caveat that, yes, Coloradans still need to cast their ballots, yada, yada…the reality is that the U.S. Senate race is pretty well wrapped up.