Back in early August, we took note of a candidate form in the race for Attorney General in which Republican John Kellner made an admission that we immediately flagged as a dagger in his efforts to unseat incumbent Democrat Phil Weiser.

During the forum at the Community College of Aurora on August 2, Kellner told the audience that he supported the Supreme Court’s decision on the Dobbs decision that essentially overturned Roe v. Wade and removed federal protections for women seeking an abortion. When asked later if he supported a woman’s right to choose over her reproductive rights, Kellner answered:

I don’t think I can give you a bumper sticker answer for this. It is just simply, I think like most Americans, too nuanced of a position to be able to tell you a yes or no answer to that. 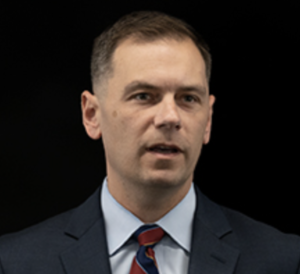 As we wrote at the time, “there is often a seminal moment in high-profile political campaigns in which the race permanently shifts to one side or another. Tuesday was that moment in the race for Attorney General.”

As Ernest Luning reported last week for the publication formerly known as the Colorado Statesman, that moment has become a devastating television ad (see below):

Kellner, the district attorney for the 18th Judicial District, is challenging Attorney General Phil Weiser, the Democratic incumbent who is seeking reelection to a second term.

“John Kellner supports the Supreme Court’s Dobbs decision giving politicians the power to outlaw abortion, with no exceptions for rape or incest,” says the narrator of a 30-second TV ad released Friday by the Colorado People’s Lawyer Project, DAGA’s independent expenditure committee in Colorado. The ad includes footage of Kellner calling himself a supporter of the high court’s June 24 ruling.

RAGA has yet to approach the group’s spending level in the 2018 Colorado race, when it poured roughly $6 million into the state. According to campaign finance reports, the Republican group has so far spent in the neighborhood of $350,000 on digital ads and mailers but doesn’t appear to have reserved any TV time yet.

If RAGA is going to start running television ads in Colorado for Kellner, they had better hurry up; mail ballots started going out to Colorado voters today.