Boebert Jumps Aboard Furry Panic Wagon, Because Of Course

By Sharon Sullivan for the Colorado Times Recorder U.S Rep. Lauren Boebert (R-CO) spoke at a Mesa County Republican Women luncheon on Monday, where she mentioned she received a call last week from a father whose kid was in trouble at school because he “stepped on a furry.”

Furries are fans of anthropomorphic animals. The term refers to a subculture of people who dress up as animals (usually in mascot costumes).

“They are putting litter boxes in schools for people who identify as cats,” Boebert said. “Durango is doing this. This is how extreme it is.” 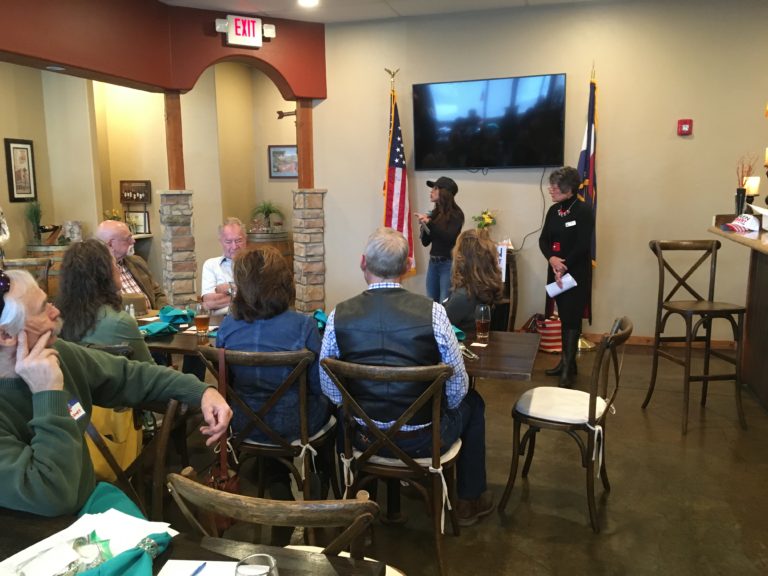 “It’s important that real facts are shared and we appreciate the opportunity to clarify what’s not true,” Sluis said.

“We do believe in the importance in supporting our students’ emotional, social needs and honoring their unique identities,” Sluis told the Colorado Times Recorder. “Our job is to make all students feel psychologically safe; that’s the best way for them to be able to learn.”

According to a September 29 lgbtqnation.com article that mentions Boebert, “Various right-wingers have lied about schools recognizing furries as a gender identity. In reality, such stories are meant to bias people against transgender individuals and against transgender-inclusive school policies, since they are designed to mock the idea of living as one’s authentic self.”

Boebert also told the lunch gathering that schoolkids are being indoctrinated with Critical Race Theory – a hot button topic of far-right Republicans who object to the teaching of certain aspects of United States history.

The event was held at The Venue at Fisher’s in Grand Junction, where Mesa County Republican Party Chairman Kevin McCarney, Mesa County Commission candidate Bobbie Daniel, and Janice Rich, who is running for Colorado State Senator, were among the approximate 30 Republicans attending.

“We can’t afford what’s going on; Republicans have a plan,” said McCarney, who spoke before Boebert took the stage. “Heidi Ganahl is running neck-and-neck with Polis. We can win this thing and change the face of Colorado. It starts with this group, and Stand For The Constitution (a far-right Mesa County organization who challenged public health policies at school board meetings during the height of the COVID-19 pandemic).

“They (Democrats) have one issue to run on and that’s killing babies,” McCarney said. “That’s what they’re trying to run on, and Donald Trump.”

Cheers erupted when Boebert walked into the room. The congresswoman is running for re-election against Adam Frisch, a Democrat from Aspen, who often criticizes Boebert for claiming credit for legislation that she voted against.

“I had amazing legislative victories for our district; There were nine of them,” including resources for teachers and firefighters, water resiliency projects, helping farmers with wolf reintroduction policies, and more, Boebert said.

Those “victories” were part of the $1.4 trillion omnibus spending bill signed into law by President Joe Biden, March 15 – legislation that Boebert voted against.

After the Republican Women’s luncheon Boebert attended a rally with a different group of supporters (except for McCarney, who attended both events) outside Jerry’s Outdoor Sports in Grand Junction.  Several Boebert signs facing busy North Avenue were on display, as well as a sign for Danielle Neuschwanger, a far-right gubernatorial candidate who lost the Republican primary to Heidi Ganahl. 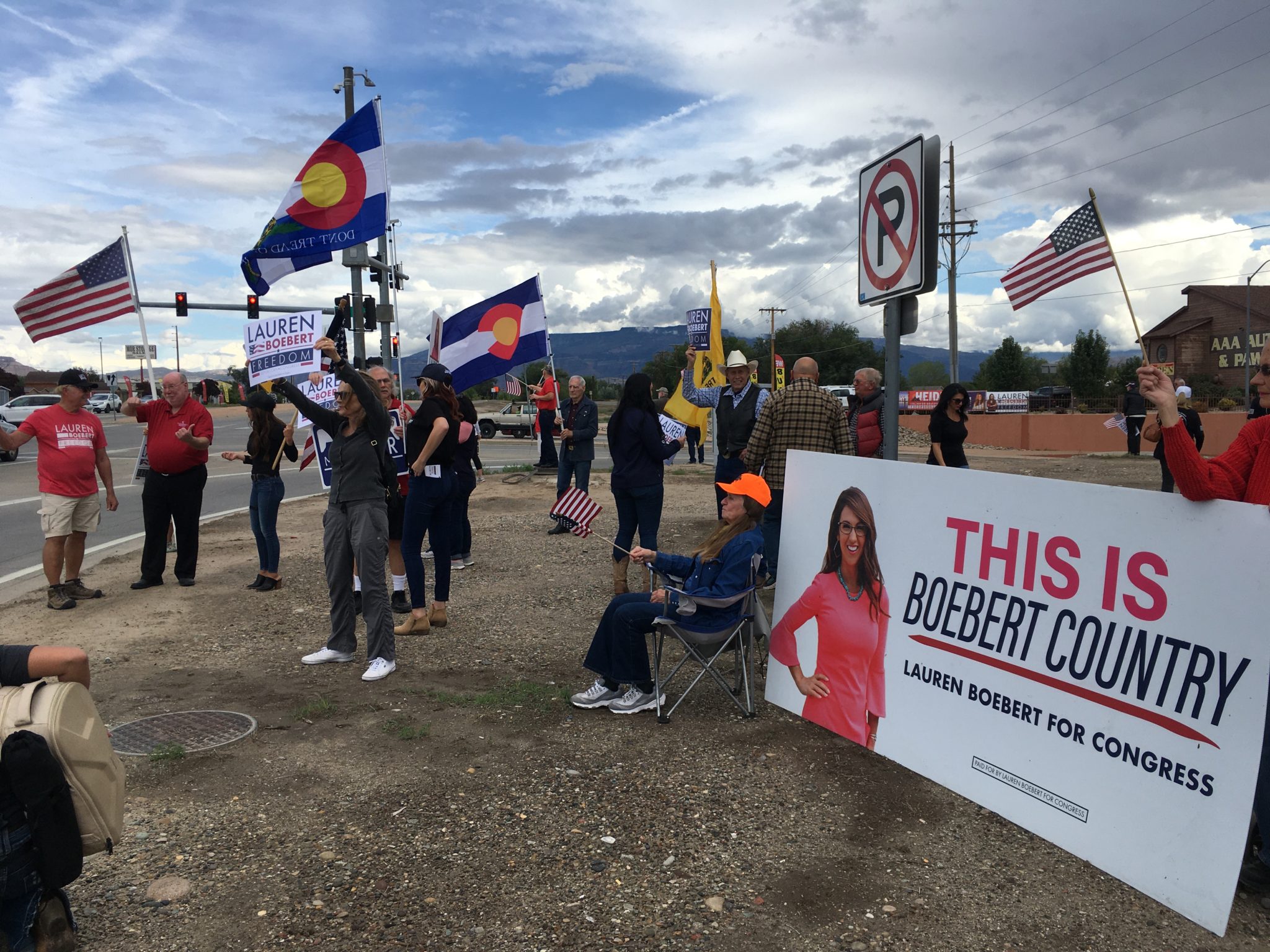 Boebert called her opponent an “extreme liberal” who is “campaigning as a conservative.”

“Aspen Adam says he’s against the New Green Deal – I’m here to tell you he’s all in,” Boebert told supporters. “He voted for a carbon tax which makes energy more expensive. I need you to help get that message out – he’s not a conservative. I’m tired of officials campaigning as conservatives.”

During a Colorado Public Radio interview on September 9, Frisch said he describes himself as “conservative,” to help people understand who he is and where he’s coming from. He said he has made it clear that he is a “pro-business, pro-energy, moderate, pragmatic Democrat.”

“It’s time we govern as conservatives,” Boebert said. “There is so much I am doing to take this country back. I believe there will be a massive red wave in Colorado. I’m tired of Dems in control of Colorado. We have been under one-party rule here in Colorado for many years.”

Boebert said Colorado ranks 47th in the nation for roads, and that Democrats are prioritizing money for climate change initiatives, rather than funding road projects.

She also blamed Democrat policies for the fentanyl crisis in the United States, claiming the southern border is “wide-open.”

However, it’s mostly U.S. citizens and truckers smuggling fentanyl into the country through legal ports of entry – not migrants crossing the border with it in their backpacks, according to fact checkers.

“I’ve been making demands of (Ohio Republican and U.S. Congressman) Jim Jordan that we need our first impeachment to be for Secretary Mayorkas (U.S. Secretary of Homeland Security),” said Boebert.

She criticized the Inflation Reduction Act that includes funding for additional IRS agents, who she said have been told to be ready to use “deadly force.” However, according to the Associated Press the IRS special agent job listing was misrepresented online, and the vast majority of agents are unarmed.

When asked if she’d vote for Trump or Ron DeSantis in a Republican Presidential primary, Boebert responded, “I don’t think DeSantis would primary him. I’m all in for Trump.” 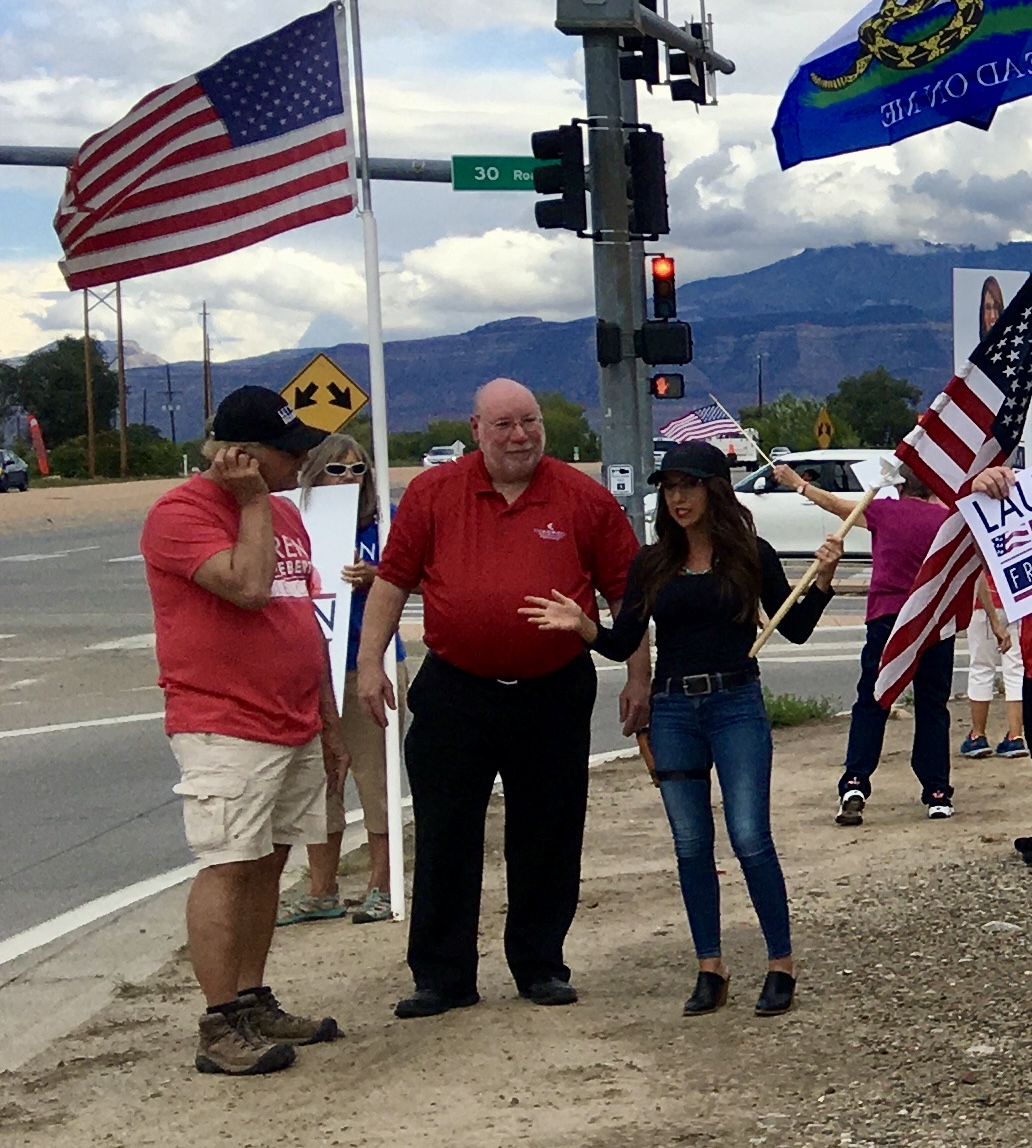