UPDATE: In an apparent attempt to proactively make Biden’s point for him, House Minority Leader Kevin McCarthy delivered this bonkers line in a pre-Biden speech:

McCarthy: Joe Biden and the DOJ launched a raid on the home of Donald Trump. That is an assault on democracy. pic.twitter.com/kEE8ko5h4c

Dude…this is exactly what Biden is talking about. Stop attacking the FBI and law enforcement officials because you’re scared of Donald Trump. 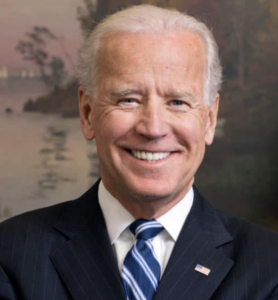 President Joe Biden will deliver a speech to the nation tonight that is already creating a lot of buzz. As The New York Times reports, Dark Brandon has had enough of this MAGAbot election fraud nonsense:

Biden will travel to Philadelphia on Thursday for a prime-time address in which he will accuse Republicans loyal to former President Donald J. Trump of embracing a form of extremism that is a direct threat to the United States.

Speaking on the condition of anonymity to preview the speech, a senior White House official said the president would state in direct language how “MAGA Republicans” have put the nation’s institutions at risk and undermined democratic values.

The focus on threats to democracy is a return to the issue that Mr. Biden said drove him to run for the presidency, after white supremacists marched through Charlottesville, Va., in 2017.

The speech is intended to deliver a dark message about threats to the very fabric of American democracy.

Biden previewed some of this message earlier this week, saying that Republicans have embraced “semi-fascism”:

Biden: So let me say this to my MAGA Republican friends. Don’t tell me you support law enforcement if you won’t condemn what happened on the sixth. For god’s sake, whose side are you on? You can’t be pro-law enforcement and pro-insurrection pic.twitter.com/0v8sGZzUMI

As the Times reports, Biden has recently decided that it’s time to start telling it like it is:

The president had long planned to give another speech on the state of democracy but grew more motivated in recent weeks by persistent false claims of election fraud and the midterms, a White House official said.

Here’s a similar take from POLITICO:

In recent days, Biden and his top aides have called out the Republican response to the FBI search of Trump’s Palm Beach home. They note how some GOP lawmakers called to defund federal law enforcement while others have warned that violence could follow a possible Trump arrest. To Biden, that was just the latest transgression from a Republican Party he has told aides he barely recognizes — one that has remained in the thrall of Trump and in support of the insurrection.

Republicans, meanwhile, are very sad about Biden telling the truth and are raising their rhetoric in response. As Fox News reports:

“Joe Biden’s wretched attacks on millions of Americans have fueled attacks on pregnancy centers, Republican offices, and an assassination attempt on a Supreme Court Justice,” said Ronna McDaniel, chairwoman of the Republican National Committee. “Joe Biden is the divider-in-chief and epitomizes the current state of the Democrat Party: one of divisiveness, disgust and hostility towards half the country.”

Biden will speak at 6:00 pm (MST) tonight from the Independence National Historical Park in Philadelphia. It probably won’t be hard to find a live stream wherever you watch television.