NO WAY O’DEA: Time to get on the bus

For months we’ve been warning you about the danger of Joe O’Dea–a sleazy businessman with a record of hurting workers and putting his own greed above Coloradoans. It’s time to call him out for trying to have it both ways on the most important issues confronting Colorado and the nation.

Join us Monday, August 22 at 6pm as we hit the road with our NO WAY O’DEA Bus Tour. 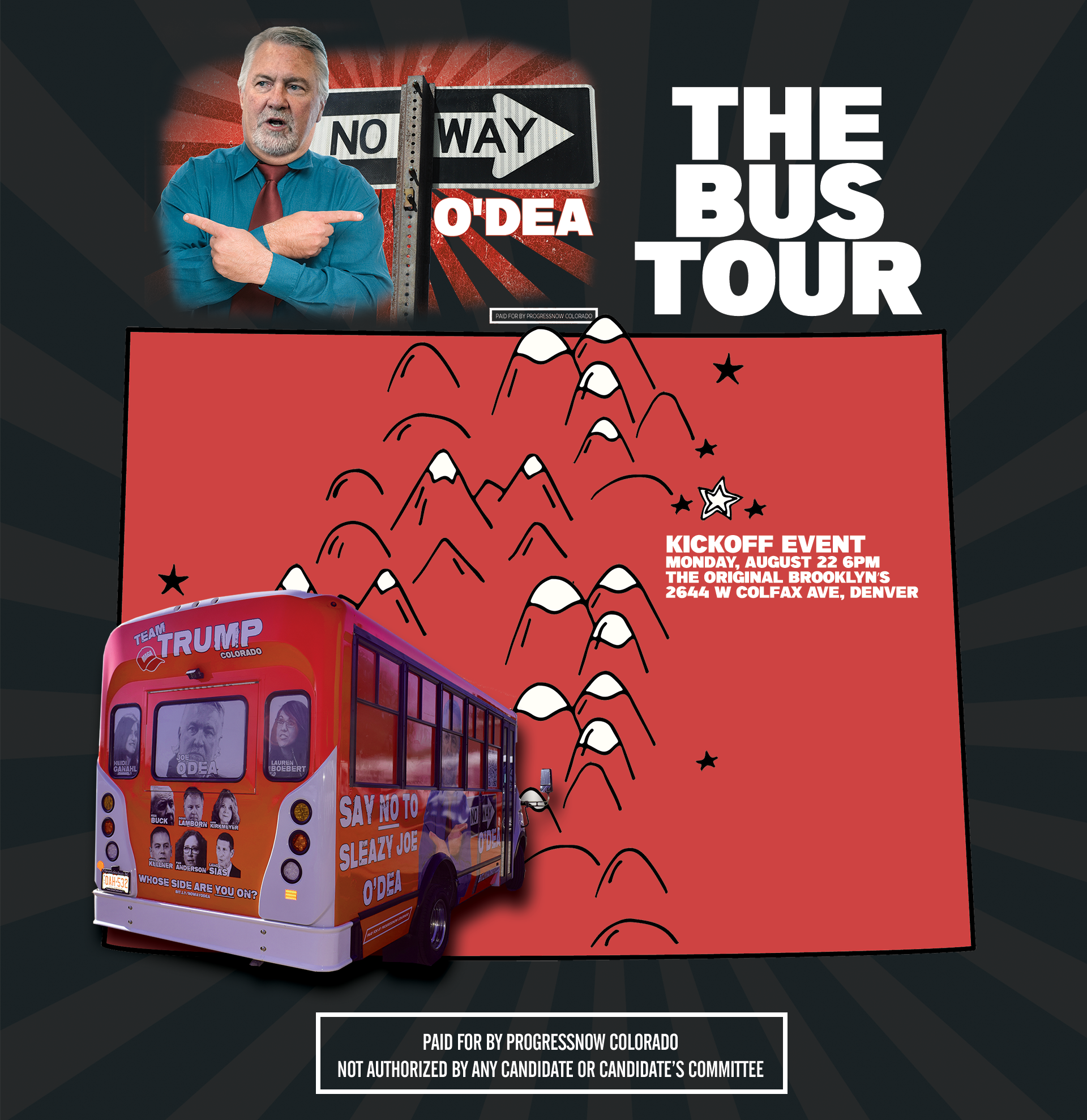 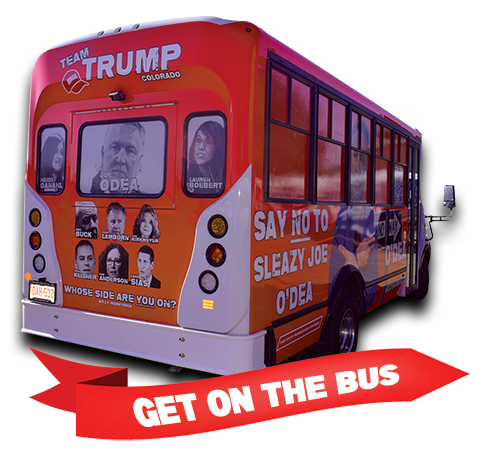 Joe O’Dea admits Joe Biden won the 2020 election, but he says he would support all of Trump’s Supreme Court Justices picks as a U.S. Senator, and would support Trump for President in 2024. O’Dea is supported by Trump appointees like former Interior Secretary David Bernhardt. O’Dea says he is “personally pro life” and would support a range of new nationwide restrictions on abortion rights.

Joe O’Dea keeps trying to confuse voters over his stand on abortion rights, and he recently admitted voting for Proposition 115, the ban on abortions later in pregnancy. Colorado voters opposed Proposition 115 by a huge 20-point margin in 2020.

Joe O’Dea’s concrete company, Concrete Express, has been fined by the Department of Labor for repeated health and safety violations, including creating an unsafe working environment that led to a roof collapse injuring 13 of his employees. A former human resources employee at Concrete Express alleged management at the company concluded that “old guys were a liability” and that the company “need(ed) to get rid of these old sick people”to bring down insurance costs.

And that’s just the beginning. Between now and October, the NO WAY O’DEA Bus will tour Colorado to educate voters on O’Dea’s real agenda. With unhinged Republican candidates falling apart in other states, Republicans are counting on Joe O’Dea to hand Mitch McConnell back the majority. On Tuesday, August 23, we will be hitting the road to Grand County, with more tour stops to be announced in the coming days. We’re excited to connect with Coloradans in every corner of the state.

Want to ride on the NO WAY O’Dea Bus? Seat sponsorships are available! Sign up and we’ll make arrangements for you to join us on an upcoming leg of the tour.