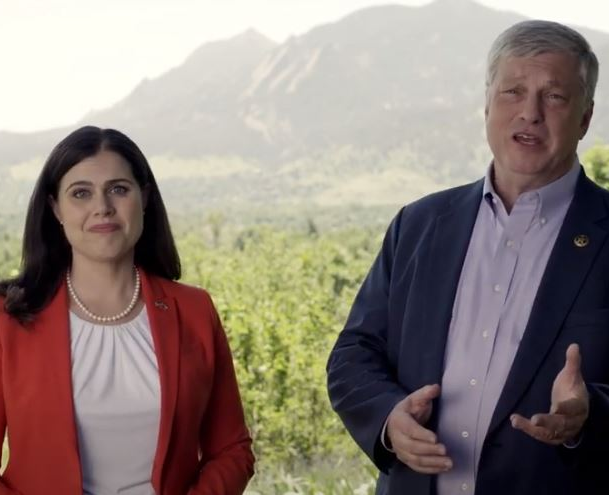 Ernest Luning of the political blog formerly known as the Colorado Statesman reports on a new controversy involving Colorado Secretary of State Jena Griswold–or at least Republicans looking for anything in the way of traction in this sleeper downballot race would have you believe it’s a controversy, because by any objective non-election year hyperbolic standard, it’s not:

The Republican nominee for Colorado secretary of state on Tuesday called on the Democratic incumbent to stop airing TV ads aimed at combatting election misinformation, charging that the ad campaign is promoting Secretary of State Jena Griswold’s reelection bid.

The ads, which first ran online in June ahead of Colorado’s primary election, feature Griswold and the Republican she unseated four years ago, former Secretary of State Wayne Williams, urging viewers to “get the facts about election security” at a state-run website set up to debunk false claims about voting.

“One thing we both know is that Colorado’s elections are safe and secure,” says Williams after the two introduce themselves.

So, the first thing to understand about the ad above, which as you can see for yourself contains nothing you could plausibly call electioneering on behalf of Secretary of State Griswold, is that former Republican Secretary of State Wayne Williams did not take part to boost Griswold’s campaign. Williams is on record having endorsed Griswold’s opponent Pam Anderson–but that’s irrelevant because this ad is not electioneering communications by any standard we can recognize. Williams co-starring in this public service announcement against election misinformation makes it even harder to claim what Republicans are claiming.

Williams explains that his decision to appear in a $1 million taxpayer-funded television ad to promote Jena Griswold’s candidacy less than three months before the election is the equivalent to when Democrat Bernie Buescher co-wrote an op-ed with Williams in 2016.

Not only that, but Republicans should actually be thanking him for inspiring confidence in Colorado’s elections and increasing Republican turnout.

He’s being serious in this interview, folks. It isn’t a joke.

There is a joke here though, of course, and the joke is Wayne Williams. [Pols emphasis] 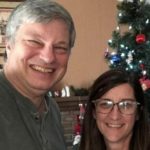 Now folks, we don’t want anyone to be confused into thinking Wayne Williams is some kind of high-minded statesman when it comes to elections. Before winning office in 2014, Williams helped spread all kinds of nutty falsehoods about Colorado’s then-new vote by mail system, only becoming a defender of Colorado’s election system after taking charge of it and realizing that none of the Republican talking points were based in reality. Williams’ former deputy Secretary of State, Suzanne Taheri, is the GOP attorney whose dubious “ethics watchdog” group filed the weak-sauce complaint over this ad, which actually gave us some pause engaging this story–wondering if Williams was preparing to burn Griswold some way or get burned himself.

As of now, we’re pretty certain that Williams has been thrown under the bus.

Either way, the reason why Williams is defending appearing in this PSA with his former opponent against election misinformation is simple: there is absolutely nothing objectionable about its content. This is an ad that Pam Anderson should herself have been happy to help film instead of criticizing, assuming that as Anderson claims she is as dedicated to stamping out election misinformation as Secretary of State Griswold is.

But at the end of the day, it appears that Pam Anderson is more interested in winning an election than combating election misinformation.

If this was some kind of test, Pam Anderson is the one who failed.