UPDATE: Here’s the full transcript of Garland’s remarks, via The New York Times. 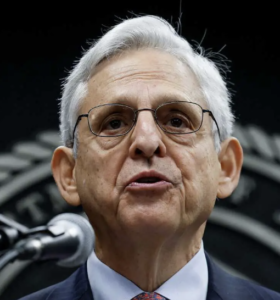 Attorney General Merrick Garland delivered a statement this afternoon regarding a search conducted four days ago at former President Trump’s residence at Mar-a-Lago in Florida. Garland said that he personally approved the FBI’s execution of the search warrant and announced that he had filed a motion to unseal the search warrant and property receipt from the search.

Garland said that he was taking the unusual step of asking that the warrant and property search be released because Trump has been so vocal about the search. Trump and/or his lawyers have a copy of both the warrant and property receipt, both of which they could have made public at any time. Garland said that releasing the information contained in the search warrant was being done “in the public interest.”

Garland noted that no person at the Justice Department commented publicly on the search, which reportedly was done to help recover classified documents illegally hidden by Trump, until after the event was revealed to the public by Trump himself. Trump has called the raiding of his Mar-a-Lago residence a “witch hunt.”

You can watch Garland’s entire brief statement below:

Garland: I have made clear the DOJ will speak through its court filings and it’s work. Just now the DOJ has filed a motion to unseal a search warrant and a property receipt… pic.twitter.com/BOuVP1MgdS