Tom Tancredo Endorsement is the Kiss of Death 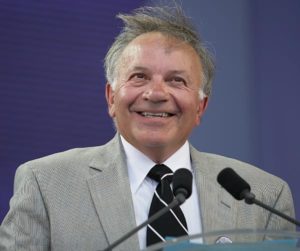 Republican Erik Aadland announced this week that his campaign for CO-07 has received the endorsement of former Congressman and Presidential candidate Tom Tancredo. This is not much of a surprise given that Tancredo endorsed Aadland for U.S. Senate back in September 2021 (Aadland dropped out of that race to run for CO-07 in December 2021).

Tancredo’s endorsement is a bad sign for Aadland, who is running against Democratic State Sen. Brittany Pettersen for the seat being vacated by the retirement of longtime Democratic Rep. Ed Perlmutter. We compiled a list of Tancredo endorsements in notable races over the years, and the numbers speak for themselves; of the 22 candidates Tancredo has endorsed going back to 2006, only three went on to win a General Election.

Should Aadland lose in November and Libertarian Brian Peotter fail to win a U.S. Senate seat — which seems pretty likely — this will move Tancredo’s winning percentage on endorsements to somewhere in the neighborhood of 12%.

We can’t say for sure that the list below is a comprehensive look at all of Tancredo’s endorsements over the years; we did the best we could without wasting the better part of an entire day searching for more. The point is the same regardless: Tancredo’s support is a pretty solid way of predicting how a candidate will fare in November.

Which is to say, not good at all. 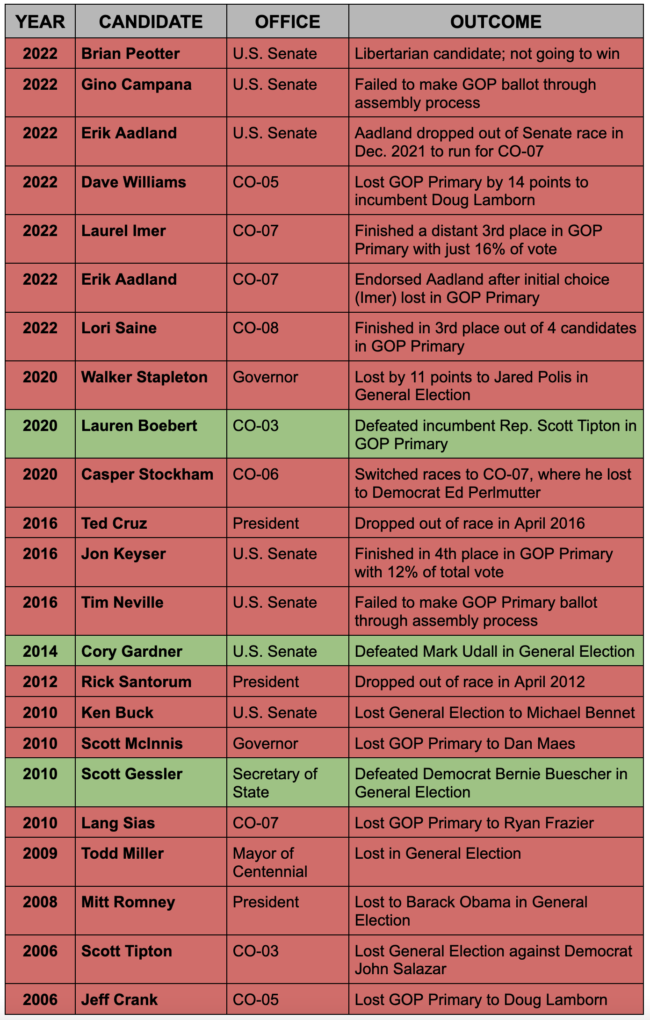