A Few Words On “Bread Lines And Government Cheese” 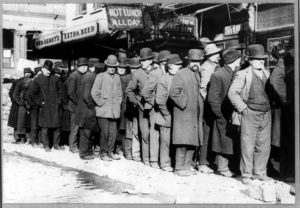 We posted yesterday about an interview this week of GOP freshman calamity on wheels Rep. Lauren “Q*Bert” Boebert of Colorado by leading right-wing fringe mouthpiece Sebastian Gorka, in which Boebert asserted that a “disarmed populace” would lead to the eating of dogs. An explanation of the sequence of events between the disarming of the people and the eating of dogs would have really helped our suspension of disbelief, but none was forthcoming.

This is, after all, Lauren Boebert we’re talking about.

But there was one other comment from Rep. Boebert in this interview, which of course met no critical analysis from Seb Gorka, that we’ve heard from Boebert a few times now–enough that it deserves just one more moment of our valuable time:

BOEBERT: Yes, so Dr. Gorka, on my upbringing–I lived under failed policies. I lived in a Democrat household, and I saw first-hand experience firsthand how restrictive their policies are. There’s not a lot of liberty under Democratic rule, in fact that left us in bread lines waiting for government cheese, and I knew that that was not America’s best at 11 years old.

The “bread line” addition to this line from Boebert is new, but Boebert has made much of her childhood allegedly spent “standing in line for government cheese”: 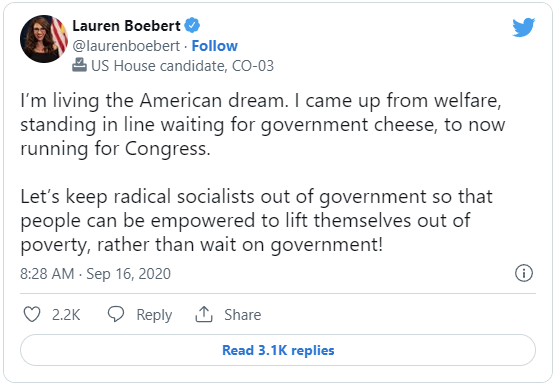 Lauren Boebert, as readers know, was born in December of 1986 in the Orlando, Florida metro area. That would have made Boebert 11 years old in 1998. Two years before that in 1996, President Bill Clinton, a Democrat, signed into law the Personal Responsibility and Work Opportunity Reconciliation Act, a.k.a. “the end of welfare as we know it.” With a lifetime cap of five years of federal welfare benefits and a work requirement, it was a huge victory for the Republican majority in Congress. 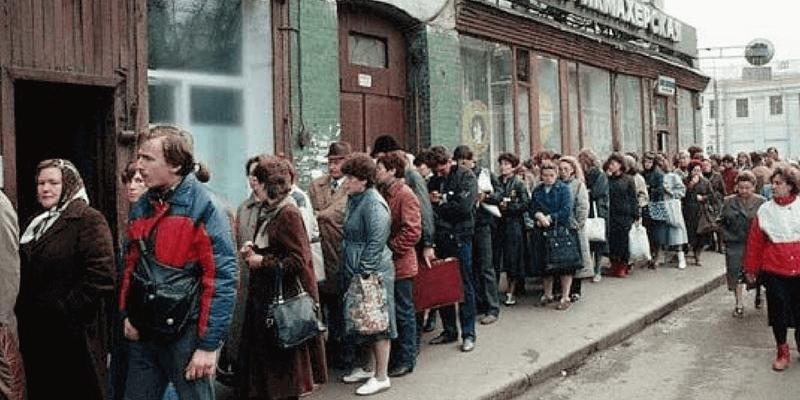 Setting aside the fact that the stereotype of lifetime welfare ended years before Boebert claims to have stood “in bread lines waiting for government cheese,” the clear implication is there was some kind of food shortage or economic disruption caused by “Democratic rule” in 1998 that forced her family into these mythical bread lines.

Well folks, we were alive in 1998 too, and our clear recollection is that the grocery store shelves were always full. Nationwide, unemployment remained steady throughout 1998 at about 4.5%. If there was a moment during the boom years of the late 1990s during which Lauren Boebert’s family required food assistance, they probably did need it and we won’t judge them for it–but most people in America at this time in history did not. In the late 1990s, the percentage of Americans receiving food assistance was in steep decline before growing again…under Republican President George W. Bush.

Boebert’s style of rapid-fire falsehoods meant to overwhelm any attempt at fact-checking often succeeds in the overall goal of forcing anyone hoping to hold her accountable to throw in the towel. We try hard in this space to be selective about what we engage from Boebert, simply because we don’t have the time to police her every word and still keep up with other stories we’re expected to cover.

But this “bread line” stuff is inexcusably, demonstrably false–and more than that, an affront to Americans from previous generations who actually endured that kind of economic hardship, and didn’t complain about the food they got from Uncle Sam.

Add this to the list of Boebertisms we wish there was enough time in the day to refute.