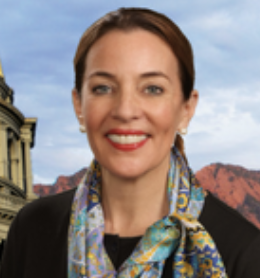 As Marianne Goodland reports for the publication formerly known as The Colorado Statesman:

In a surprise move, state Rep. Edie Hooton announced on Saturday she would not seek reelection to the state House.

…In a news release, Hooton cited her desire to spend more time with her family as the reason.

The Democratic Party will now convene a vacancy committee to replace Hooton on the November ballot. Boulder Mayor Aaron Brockett has already announced his intention to seek the nomination; Boulder Mayor Pro Tem Junie Joseph has also filed paperwork to be a candidate. According to Goodland, Hooton says that RTD Board Member Lynn Guissinger will seek the vacancy nod as well.

Hooton elaborated on her decision in an email sent to supporters today:

When I decided to withdraw from the race, the primary ballots were already in the mail with my name on them. Understanding the vacancy process and the practical implications for myself and my staff took several weeks. Because I was committed to hosting a fundraising event on July 28th, I chose to wait to share my news until the event was over.

My husband Jim retired three years ago, and I want to spend more time with him and my adult children and pursue personal interests. The role of a legislator is incredibly rewarding but also all-consuming. I feel satisfied with what I’ve accomplished as a legislator and am ready to pass the torch. I will finish my current term, which ends when our new Representative is sworn in at the beginning of the 2023 session. We can all agree that Boulder has tremendous talent, and be confident that our county party will make the best choice among exceptional candidates to select a replacement we can all get behind.

According to an analysis by the Colorado Legislative Redistricting Commission, HD-10 is the second-safest House district in the state for Democrats, so there likely won’t be much of a competition in Boulder once Hooton’s replacement is selected.