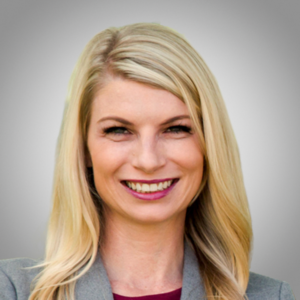 With apologies to Democrats still hoping that Rep. Lauren “Q*Bert” Boebert could be ousted in November, the math suggests that there are really only two competitive races among Colorado’s eight congressional districts in 2022: For the “open” seats in CO-07 and CO-08. In each district, the issue of gun violence prevention clearly separates the Democratic candidates from their Republican opponents.

As The American Independent reports, voters who are interested in meaningful solutions to the gun violence pandemic in America really only have one option in each respective race:

Pettersen was a lead Senate sponsor of Colorado’s extreme risk protection order law, commonly known as a “red flag law,” which allows courts to temporarily disarm people deemed a significant danger to themselves or others. Caraveo was a co-sponsor of that legislation, which was enacted in 2019.

As the Independent explains:

Since it went into effect in 2020, the red flag law has proven effective: More than 250 gun seizure orders have been filed in Colorado during its first two years, according to state data.

“Even sheriffs who said that they would not actually utilize the red flag law have started to,” Pettersen said. “People who were very outspoken on it are now supporters.”

Both Pettersen and Caraveo support the idea of “red flag” legislation on a federal level. Following the school shooting in Uvalde, Texas in May that killed 21 people — including 19 children — Congress passed a modest gun violence prevention package that was signed into law by President Biden. That legislation included funding for states to help implement “red flag” laws enacted on a local level. 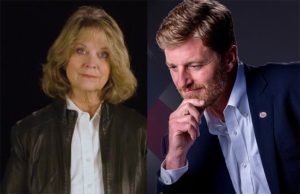 Kirkmeyer’s campaign did not respond to the Independent for this story, but her views on open access to firearms are well-documented. Kirkmeyer regularly talks about her efforts as a Weld County Commissioner to create a “Second Amendment Sanctuary” in defiance of any state or federal gun restrictions. In March, she even released a campaign ad showing her firing away at a shooting range.

Aadland doesn’t have Kirkmeyer’s gun-loving background as an elected official, but he is equally fond of firearms and refuses to entertain even the idea of limiting access to guns. From the Independent:

In an emailed statement, Pettersen opponent Aadland told the American Independent Foundation that while he is “deeply concerned about gun violence in America,” he believes, “Red Flag Laws directly contradict the US Constitution, grossly inflate government power and may become a political weapon used against those in the government’s crosshairs.” Instead, he urged action to address mental health and improve school security.

In June, in comments posted on YouTube by an account called Republican Accountability, Aadland said he would have opposed the bipartisan compromise bill: “Taking away guns doesn’t work, and it’s a very slippery slope.” [Pols emphasis]

Aadland instead talks about mental health and “taking God out of schools” as the main causes of gun violence in America. His campaign website includes patently false statements such as this: “The facts speak for themselves–firearm ownership is proven to deter crime.”

Naturally, Aadland’s website doesn’t link to any source for these “facts,” so we’ll do it for him. From Scientific American, published on May 26, 2022:

The science is abundantly clear: More guns do not stop crime. [Pols emphasis] Guns kill more children each year than auto accidents. More children die by gunfire in a year than on-duty police officers and active military members. Guns are a public health crisis, just like COVID, and in this, we are failing our children, over and over again.

For voters in CO-07 or CO-08 who consider gun violence to be a significant issue in the 2022 election, there is no real choice among the candidates on their respective ballots. Democrats Brittany Pettersen and Yadira Caraveo support legitimate efforts to reduce gun violence, and they have the records to prove as much. Republicans Erik Aadland and Barbara Kirkmeyer will do nothing to reduce access to firearms — even for people deemed a danger to others.

In some political races, it can be difficult to tell the difference between the candidates on a particular policy issue. But not here.