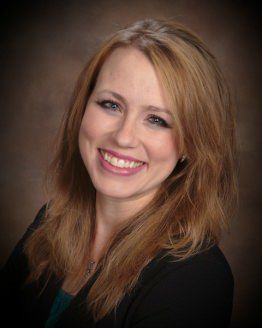 Last Friday’s decision by the U.S. Supreme Court to overturn the landmark Roe v. Wade precedent and end the constitutional guarantee of abortion rights in America is, for many religious conservatives including the chair of the Colorado Republican Party Kristi Burton Brown, the fulfillment of a principal lifelong political objective. As Denver7’s Meghan Lopez reported this weekend, the long-term political ramifications of this decision in this ardently pro-choice state cannot so much as even put a dent in Brown’s unbridled glee:

For Kristi Burton Brown, the chairwoman of the Colorado Republican Party, this is a big step forward in a cause she has been fighting for over more than a decade.

“It’s probably the best day I’ve been alive so far [Pols emphasis] to see a whole class of human beings finally brought under the protection of the law,” Burton Brown said. “If you don’t have the right to live, you don’t have any other right.”

Well before Burton Brown started leading the Republican Party in the state, she first made headlines in 2008 for spearheading a ballot initiative to stop abortions in Colorado.

“I first got involved in politics working in the pro-life issue, trying to work for every child to be recognized as a human being and have the right to life,” she said.

Congressman Ken Buck, a proud warrior “for the babies,” is equally thrilled:

The Supreme Court made the right decision in overturning Roe v. Wade, a tragic abortion mandate that has cost over 73 million unborn babies their lives. The power to decide this profound moral question has officially returned to the states, where it will be debated and settled in the way it should be in our democratic society—by the people. 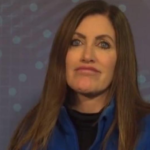 The Supreme Court has made the right decision today in empowering the states to make their own laws regarding abortion. State rights are essential to a thriving Constitutional Republic.

But as readers know, there’s a problem with Ganahl praising abortion rights becoming a state-by-state question without answering the next logical question–where she stands:

“Heidi is pro-life. She believes there should be exceptions made concerning rape, incest, and the health of the mother,” campaign spokeswoman Lexi Swearingen wrote in an email to Colorado Newsline.

As for GOP U.S. Senate candidate Joe O’Dea, although he has tried mightily to avoid the subject before the primary next Tuesday, like Ganahl he is on record in opposition to Colorado’s Reproductive Health Equity Act, passed this year ahead of the anticipated repeal of Roe v. Wade to codify abortion rights in Colorado. Both O’Dea and Ganahl rely on the same bogus arguments against RHEA supposedly allowing abortions “up until birth,” despite abortions beyond 21 weeks making up less than 1% of procedures, and in practically all such cases the result of dire medical necessity. Not to mention that a ballot measure to ban abortion beyond 22 weeks in Colorado went down in flames in 2020, a clear warning that this is not a politically tenable position in our state.

Far from showing any caution on the issue in a state where strident anti-abortion politics have repeatedly tripped up Republican candidates, as the Grand Junction Sentinel’s Charles Ashby reports, we may well have yet another statewide abortion ban on the ballot in November:

There is a proposed ballot measure that is aiming to get onto this fall’s ballot that would declare abortions murder. That proposal, currently known as Initiative 56, has been approved to gather petition signatures, and supporters have until Aug. 8 to turn in at least 124,632 signatures of valid registered votes to qualify for the ballot.

Even after Colorado tightened up petition requirements to qualify ballot measures a few years ago, religious conservatives retain a major advantage in gathering signatures for abortion bans by circulating their petitions directly in churches across the state. Once they reach the statewide ballot, however, the “Personhood” abortion bans historically became a major liability, drawing out liberal voters in opposition who might otherwise be less likely to turn out. In 2012, Republicans sighed with relief when then-Secretary of State Scott Gessler torpedoed the “Personhood” abortion ban headed for the ballot that year, fully aware that the backlash against these measures was severely dragging down Republican candidates sharing a ballot with them.

Re-energized by our radical Supreme Court, local Republicans will have to re-learn these lessons.