1
by: ProgressNow Colorado May 29, 2022 at 11:33 AM MDT
Our deliberately oversimplified glance at what’s happening in Colorado. 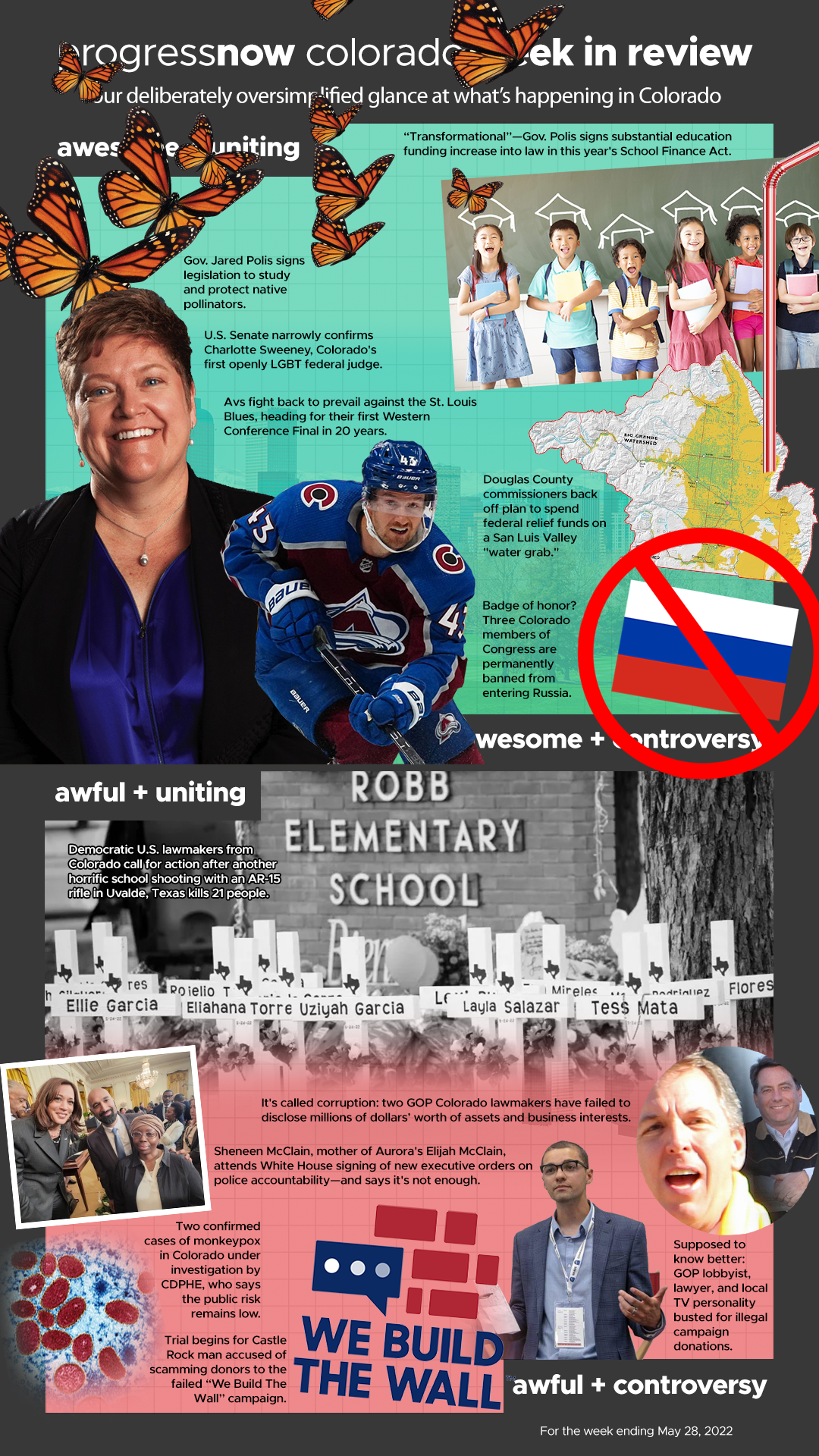