UPDATE: Not to be outdone, CD-8 Republican candidate Lori Saine takes her own swipes at Rep. Liz Cheney ahead of this weekend’s rally. Perhaps we’ll see Saine in Casper Saturday?

Which is why it’s troubling that at a debate over the weekend, ALL THREE of my opponents pledged to defend Liz Cheney were they in Congress.

Not me. I’m not a Liz Cheney Republican and never will be… 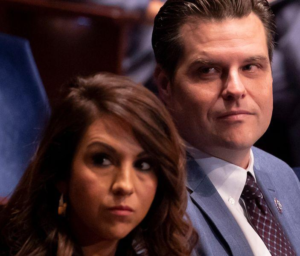 The Casper Star-Tribune’s Ellen Gerst reports from our windswept neighbor to the north:

Former President Donald Trump will be joined by Florida Rep. Matt Gaetz and Colorado Rep. Lauren Boebert, two of his most fervent supporters in Congress, at a rally in Casper on Saturday.

The former president is appearing in Wyoming in support of Harriet Hageman, a land attorney he endorsed to challenge Rep. Liz Cheney in this fall’s Republican primary for the state’s lone House seat…

Saturday’s rally will be Trump’s first political visit to Wyoming, the state with the highest per-capita support for him in both the 2016 and 2020 elections. He will be accompanied by his son, Donald Trump Jr.

Quite the payback to Rep. Liz Cheney from Rep. Lauren Boebert after Cheney threw a well-heeled fundraiser for Boebert during the 2020 general election campaign–which feels like ages ago even though it was less than two years.

Obviously, a lot has happened since then.

Casper is a pretty good drive from voters in Lauren Boebert’s district, but it would be stranger for Boebert if she didn’t show up–despite the questions it raises about Boebert’s relationship with embattled Rep. Matt Gaetz, “MyPillow Guy” Mike Lindell, and other controversial figures reliably in attendance at Trump rallies.