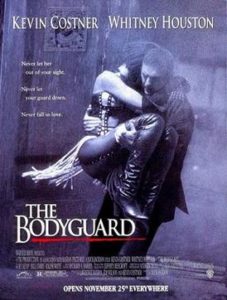 The most memorable highlight from last Saturday’s “Republican Rumble” debates at the Grizzly Rose in Denver occurred just before the debate between Republican candidates running in Colorado’s brand-new CD-8, when one of the leading contenders in the race Weld County Commissioner Lori Saine, who claims to have RSVP’ed late to the event and opponent Jan Kulmann had asked to be included, was physically prevented from taking the debate stage by Weld County Sheriff Steve Reams. In the photo above you can see Reams leaping off the stage to intercept the in-strutting Saine on the far right.

After Sheriff Reams’ dramatic leap to protect the stage from the horrors of being violated by a leading candidate who dared to RSVP late, with only one candidate on stage, state Sen. Barbara Kirkmeyer objecting to Saine’s presence, Reams’ statement the day after the Republican Rumble answers a lot of questions:

After Saturday’s Republican Rumble, it’s clear Barb Kirkmeyer is the conservative candidate who can beat Democrat Yadira Caraveo in November and go toe-to-toe with Joe Biden, Nancy Pelosi, and the woke liberals in Washington, D.C. Barb has a record of making a difference on the issues that matter; standing up for law enforcement, cutting taxes, looking out for our energy and agriculture workers, defending the Second Amendment, and protecting the unborn. I endorse Barb Kirkmeyer for Congress and urge Republican primary voters to join me.

It looks to us like Reams had already made up his mind! The takeaway from this experience is that supporters of Sen. Kirkmeyer have determined that Saine is the principal threat in the primary, and are pulling out all the stops to squelch her campaign. The risk in that approach is generating sympathy for Saine from establishment-wary conservative primary voters. Kulmann, on the other hand, wants Saine kept in the running with Kirkmeyer to split the ideological conservative vote.

In both scenarios, this race is all about Lori Saine. And that’s right where she wants to be.