Mangling Greeley: First As Tragedy, Then As Farce 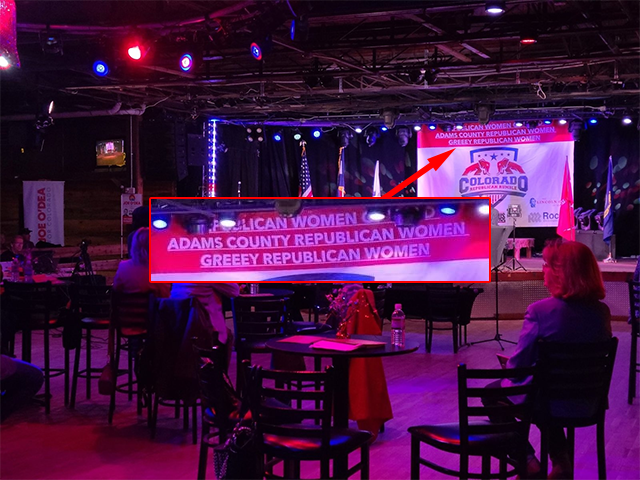 You’ve got to feel at least a twang of sympathy for every step along the quality control chain that let spelling Greeley as “GREEEY” in all caps through their filter, from the graphic designer who made the banner art to whoever signed off on the graphic designer’s work product to the printer who might with a keen eye and one phone call have averted tragedy.

When little disasters like this happen on the campaign trail, what generally follows is known as a “fire drill” where whoever responsible for the mistake (and everybody else) takes whatever action they can to undo it–which in this case would have meant calling up the printer who made this banner on a Saturday, getting them to drop what they’re doing and print a rush redo, a mad dash to pick it up, then back to the Grizzly Rose to replace the misspelled banner before too many photos are taken.

After the first banner misspelling Greeley was replaced, 9NEWS’ Marshall Zelinger couldn’t help but notice that the second banner…well, you can see for yourself. They got the L in Greeley successfully, but at the expense of one of Greeley’s three Es! At this point, we would have cut our proverbial losses and left the old one rather than replacing it with a second painfully misspelled banner.

In short, the standards have risen. It takes an extra dash of stupid to earn a mention in 2022.