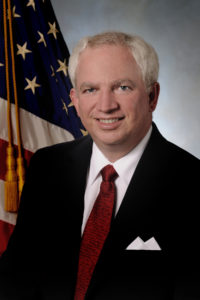 Following Tuesday’s big scoop from the Denver Post’s Elizabeth Hernandez, the disclosure of new email communications originating from lead 2020 presidential coup plotter John Eastman’s University of Colorado email account while he was serving as the school’s Visiting Scholar in Conservative Thought and Policy and simultaneously helping Donald Trump overturn the results of the 2020 election, national news outlets have zeroed in on new details in these emails about Eastman’s advice to Republicans in Pennsylvania to submit bogus electors arrived at through highly un-democratic arithmetic in order to throw the state’s support to Trump. Politico’s Kyle Cheney:

Attorney John Eastman urged Republican legislators in Pennsylvania to retabulate the state’s popular vote — and throw out tens of thousands of absentee ballots — in order to show Donald Trump with a lead, according to newly unearthed emails sent in December 2020, as Trump pressured GOP lawmakers to subvert his defeat.

This recalculation, he posited in an exchange with one GOP state lawmaker, “would help provide some cover” for Republicans to replace Joe Biden’s electors from the state with a slate of pro-Trump electors, part of a last-ditch bid to overturn the election results.

Per the exchange, Eastman suggested that GOP legislators could simply cite their concerns with Pennsylvania’s absentee ballot procedures and then use historical data to “discount each candidates’ totals by a prorated amount based on the absentee percentage those candidates otherwise received.”

All of the authority to carry out what would have amounted to the erasure of thousands of legally-cast absentee ballots, according to Eastman, is inherent to the legislature’s supposed powers do basically do whatever they want with the results of a democratic election, including ignore it entirely:

“Having done that math, you’d be left with a significant Trump lead that would bolster the argument for the Legislature adopting a slate of Trump electors — perfectly within your authority to do anyway, but now bolstered by the untainted popular vote,” [Pols emphasis] Eastman wrote in a Dec. 4, 2020 email to Pennsylvania Rep. Russ Diamond. “That would help provide some cover.”

This is Professor Eastman telling Republican lawmakers that not only do they have a pretext that would allow them to summarily invalidate thousands of legally cast ballots, but they don’t even need the pretext. If you subscribe to John Eastman’s interpretation of the law, there’s nothing except perhaps judgment in the afterlife awaiting lawmakers who decide the results of an election don’t count because they don’t like the outcome.

If you believe that, like Donald Trump himself says, “we won’t have a country anymore.”

In the Washington Post today, columnist Greg Sargent lays out the fundamental problem with what Eastman (and Trump) were proposing, and how even though it failed last time it must be prevented from being possible going forward:

“Eastman’s view is that the legislature has absolute power in terms of picking presidential electors,” elections expert Richard L. Hasen told me, even if that means “ignoring the will of the voters” or “the legislature’s prior rules on how to pick those electors.”

In the future, Hasen notes, bad actors might see this as “a path to steal an election.” [Pols emphasis]

There’s more: Right now many Republicans in thrall to Trump’s 2020 lies are running for positions of control over election machinery at the state level, including secretary of state positions.

Crucially, such people would be in a position to create exactly the pretext that Eastman envisioned. How? By using official stature to cast doubt on popular vote outcomes, manufacturing “cover” for a state legislature and/or governor to certify fake electors for a losing candidate. A GOP-controlled House could then count those electors and flip a state or even an election.

Although the attempt to overturn the results of the 2020 election by Trump and his minions did not succeed, the actors responsible for the near-success of this bloody coup are emboldened and working hard on a strategy to gain control of the nation’s election systems ahead of their next opportunity. Because there has been no accountability at any level for what happened in 2020, no one has been deterred from trying again. Meanwhile, as we’ve already seen in Colorado this year in the Republican primary for governor, second-guessing votes that don’t go their way has been fully embraced down the ballot. There is a whole generation of Republican voters now who may never trust elections again unless they win them.

January 6th should have been the end of this madness. Because it was not, a destructive force has been unleashed on American democracy in a long-term sense. And if we can’t acknowledge how close this plot came to succeeding, the next one is even more likely to.

This is, as they say, the whole ballgame. Nothing we do matters if this doesn’t.