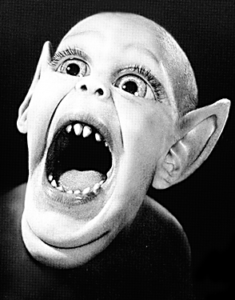 Florida Republican Senator Rick Scott is the 2022 Chairman of the National Republican Senatorial Committee (NRSC), which means it is his job to ensure that Republicans take majority control of the U.S. Senate in 2022. Scott was in Colorado this week to meet with Republicans and pretend to be excited about GOP Senate candidates Ron Hanks and Joe O’Dea.

Scott joined Colorado Republican Party Chair Kristi Burton Brown (KBB) for a five-minute interview with Matt Mauro of Fox 31 News. We didn’t learn a whole lot from this interview, other than that neither Scott nor KBB really want to talk about Hanks or O’Dea. Instead, they promised to remain neutral:

SCOTT: “We’ve got two very good candidates, but look, the voters of Colorado are going to choose the person that they want to represent them. I know one of those individuals is going to be the next U.S. Senator. I’m going to do everything I can to make sure we win this seat. I’ll be back here, working hard to make sure we win.”

Mauro tried to press both Scott and KBB on the importance of finding a Republican candidate who is “electable,” but neither would take the bait:

KBB: “Well, you know Matt, I think electability is exactly the question. And that’s what Republicans across Colorado will get to decide in the Primary in June. We need to chose a Republican who is going to send Michael Bennet packing…

…Republican voters will choose that [person] in June, and we’ll go on to defeat Michael Bennet.”

Mauro then asked Scott about infighting within the GOP, particularly a back-and-forth between Scott and Senate Minority Leader Mitch McConnell regarding Scott’s ridiculous policy proposals, which include a plan TO RAISE TAXES ON ALL AMERICANS.

Glenn Youngkin was elected Governor of Virginia in November 2021, which apparently means that all Republican candidates will now win in every state in 2022. Also, please don’t ask Scott about how he wants to raise everyone’s taxes.

The rest of the conversation is mostly standard rhetoric about the horribleness of President Biden and Sen. Michael Bennet (D-Denver), but we did want to share Scott’s interesting pronouncement of “Coloradans”:

We’re not sure how we would explain the point of this interview, since neither Scott nor KBB so much as muttered the names “Ron Hanks” or “Joe O’Dea.”

In fairness, it’s hard to talk about Hanks without discussing the “Big Lie,” and it’s difficult to speak about O’Dea because nobody knows who he is.