Ready To Get Red Pillowed, Colorado?

Because ready or not: 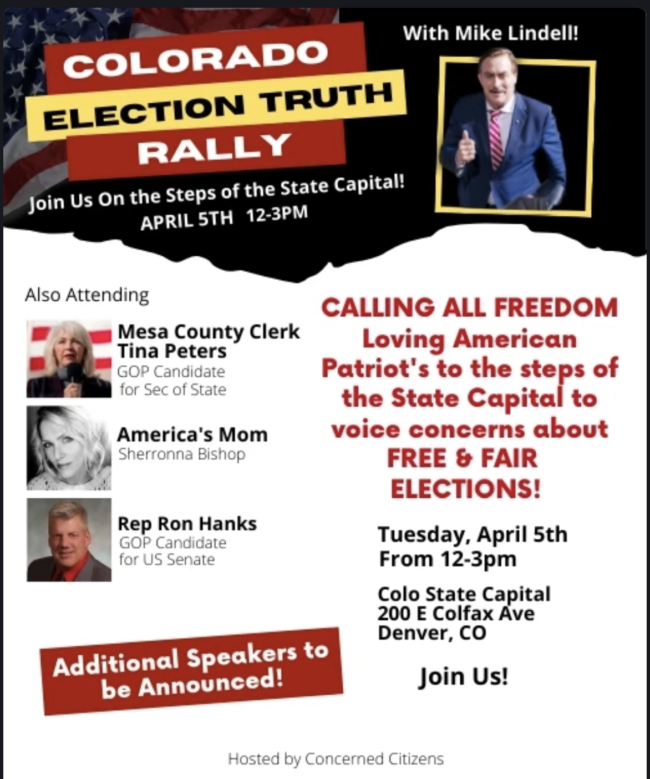 One week from tomorrow the loudest election conspiracy theorist in America “MyPillow Guy” Mike Lindell will be in Colorado to headline a rally for his dear friend and recipient of much Big Pillow largesse, indicted but still-in-it-to-win-it Secretary of State candidate Tina Peters. Also headlining is the Colorado GOP U.S. Senate primary’s leading “election truther” Ron Hanks–potentially delivering a big boost for both candidates with Republican party faithful ahead of the crucial GOP state assembly the following weekend. While some local Republicans are calling, in a few cases pleading for the party to move on from Donald Trump and focus on gains in the upcoming midterms, a majority of Republicans according to polls are still not ready to do that. This rally is for them, and if you think it’s crazy then this rally is simply not for you.

Also, Denver is the capital city of Colorado but the building is the State Capitol.

If we’re going to get into correcting these people, that’s the smallest of potatoes.