On this day in 1991, the Warsaw Pact was officially declared to be kaput. Let’s Get More Smarter. If you think we missed something important, please include the link in the comments below (here’s a good example). If you are more of an audio learner, check out The Get More Smarter Podcast. And don’t forget to find us on Facebook and Twitter.

► President Biden nominated Kitanji Brown Jackson to succeed Justice Stephen Breyer on the U.S. Supreme Court. If confirmed by the Senate, Jackson would be the first black woman to serve on the nation’s highest court.

► Governor Jared Polis is promising that Colorado will make every effort to oppose Russian interests in the wake of that country’s invasion of Ukraine. From Elizabeth Hernandez at The Denver Post:

As Russian troops waged war on their homeland, Ukrainians living in Colorado came together in solidarity outside the state Capitol on Thursday and Gov. Jared Polis announced the state will work to ensure it’s not financially supporting the Kremlin in any way.

Scores of people waving Ukrainian flags and hoisting signs bearing slogans including “Putin! Hands off Ukraine!” and “Support Ukraine, save democracy in the world!” filled the Capitol’s front steps. Colorado is home to about 11,000 Ukrainians, the governor’s office said…

…Polis said Colorado will welcome Ukrainian refugees and examine whether the state has any contracts or investments with Russian entities that it should end or divest from, and urge higher education institutions to review and reconsider any grants or projects tied with Russia.

The governor’s office said it will look “to ensure that agencies are in no way supporting the Russian government.”

As 9News reports, Colorado Republicans are also united…in blaming President Biden for everything.

Meanwhile in Ukraine, Russian forces are closing in on the Capital city of Kyiv.

► As The Associated Press reports, experts see the biggest threats to U.S. elections coming from within. Mesa County Clerk and Recorder Tina Peters, who is running for Secretary of State, has a starring role in this article.

► Enjoy this clip from Marshall Zelinger of 9News:

It is much better to see this moment with video.@RepJoeNeguse: “No one here was alive when the interstate highway system was first conceived of…”@SenatorHick: Uh…#copolitics pic.twitter.com/Jbut7kYQEy

The Denver Post has more on Thursday’s event, featuring a visit from Transportation Secretary Pete Buttigieg:

The nation’s top transportation official looked out at one of Colorado’s most substandard stretches of interstate highway Thursday as he and others detailed new federal aid coming to the state in coming years.

That money, from a $1 trillion bipartisan infrastructure bill passed by Congress last fall, will supercharge state transportation-funding plans approved in the last year. The foot of Floyd Hill along Interstate 70, which is pegged for the state’s next mega-project, also played host last June to Gov. Jared Polis’ signing of a $5.4 billion state transportation bill that created several new fees to raise money.

“I want to make clear: That kind of leadership and commitment at the state level means that states like Colorado are especially well positioned to hit the ground running and take advantage of the federal legislation and the federal funding that is coming your way,” U.S. Transportation Secretary Pete Buttigieg said during the afternoon news conference.

He was joined by Polis as well as both of Colorado’s U.S. senators, all Democrats who were there to promote the Biden administration’s signature legislative achievement.

► At least nobody flushed the checks down the toilet, eh Sen. Paul Lundeen?

► As The Colorado Times-Recorder reports, former visiting conservative scholar John Eastman was getting paid by the University of Colorado at the same time that he was formalizing his work as an election-rigging attorney for Donald Trump.

► As Bruce Finley reports for The Denver Post, Sen. John Hickenlooper (D-Denver) seems to have found a home in the U.S. Senate.

► Three up, three down. Democrats in the state legislature succeeded in rejecting three Republican abortion bills.

► 9News profiles the man who does the real dirty work at the State Capitol.

Greg Lopez, who is running for governor, and state Rep. Rod Pelton, of Cheyenne Wells, who is running for state Senate, along with former Colorado Republican Party Chairman Steve House are plaintiffs in the lawsuit against the Secretary of State’s Office. They are backed in the case by lawyers for two conservative nonprofits.

They’re seeking a preliminary injunction to prohibit the state from enforcing candidate donation limits in the 2022 election. A hearing on the injunction is scheduled for 10 a.m. Thursday.

Lopez, Pelton and House are represented by lawyers from Advance Colorado and the national Institute for Free Speech, both conservative nonprofits that aren’t required to disclose their donors. [Pols emphasis]

That last paragraph says it all.

This, of course, is NOT what Colorado voters want to happen:

“The people of Colorado have made clear time and again that they do not want this, having repeatedly enacted and reenacted contribution limits both through popular initiative and through the legislative process,” said a brief filed by the Colorado Attorney General’s Office, which is representing Secretary of State Jena Griswold, a Democrat, in the case. “This would be a massive disruption to the status quo that has prevailed in Colorado for the last half-century.”

Nearly 67% of Colorado voters approved Initiative 27 in 2002, which limited how much money individual donors could give to campaigns with increases allowed for inflation. This year, individual donors may give a maximum of $400 to state legislative candidates and $1,250 to candidates running to be governor, attorney general, secretary of state or treasurer.

► The Colorado Office of the Utility Consumer Advocate says that Xcel Energy may have overcharged Coloradans by tens of millions of dollars in 2021.

► As Colorado Public Radio reports, officials in Greeley have come to the conclusion that they’d just rather not know about terrible air quality near schools:

School officials in northern Colorado have rejected a cost-free offer from the state health department to continue air quality monitoring at Bella Romero Academy, where elevated levels of the carcinogen benzene were recorded in 2019.

The Greeley 4-8 school is less than two city blocks away from an active oil and gas pad. Past state monitoring found increased levels of benzene in the air after the oil and gas wells started production. The exact source of the odorless, invisible chemical, linked to an increased risk of leukemia and a host of other health problems, including blood, reproductive and neurological disorders, was never determined.

► Colorado, New Mexico, Utah, and Wyoming want to be a hydrogen hub for this part of the United States.

► Westword provides an update on a lawsuit filed in Douglas County related to the conservative school board’s illegal firing of Superintendent Corey Wise.

► As The Colorado Sun reports in its “Unaffiliated” newsletter, Congressman Doug Lamborn (R-Colorado Springs) has turned his office into a press release machine in the weeks following news that an ethics investigation against him is proceeding. 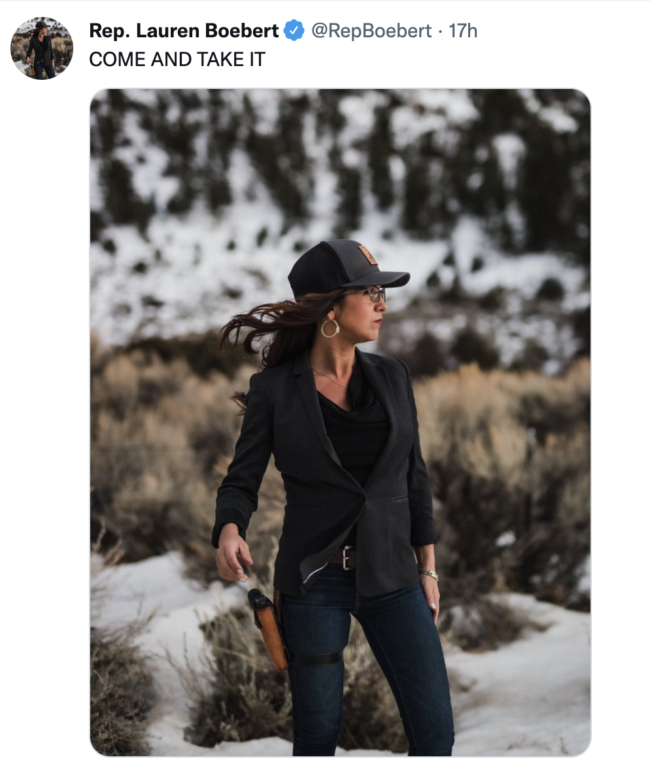 ► Republicans in Florida want to make sure that nobody talks about gay things in schools.

► The Onion has it right: 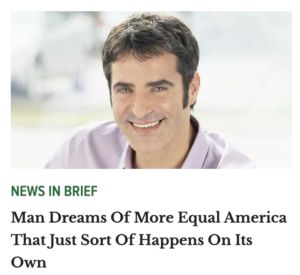 ► Remember when foreign adversaries invaded other countries and U.S. politicians were united in opposition? These days, Republicans are as likely to praise Russian President Vladimir Putin as they are to criticize Russia’s invasion of Ukraine.

► A Colorado woman who basically wants to be allowed to pre-emptively discriminate against LGBTQ+ people will have her case heard by the U.S. Supreme Court.