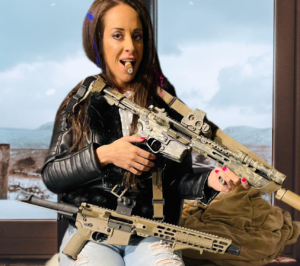 The Republican gaggle of (as of now) B-List candidates running for the Republican nomination to challenge incumbent Democratic Sen. Michael Bennet are gearing up for a number of public forums over the next few weeks. Ernest Luning of the Colorado Springs Gazette’s political blog reported last week:

The Republican primary race for Colorado’s U.S. Senate seat is about to kick into high gear, with at least six debates and candidate forums scheduled over a four-week period beginning in early January…

On January 25th, one of the higher-profile events will feature Colorado GOP chairwoman Kristi Burton Brown tag-teaming “what coordination” style with conservative activist Michael Fields to host a debate that will be streamed live by CBS Denver. But it’s another debate coming up this Saturday in Monument grabbing most of the attention so far–and not due to the candidates attending: 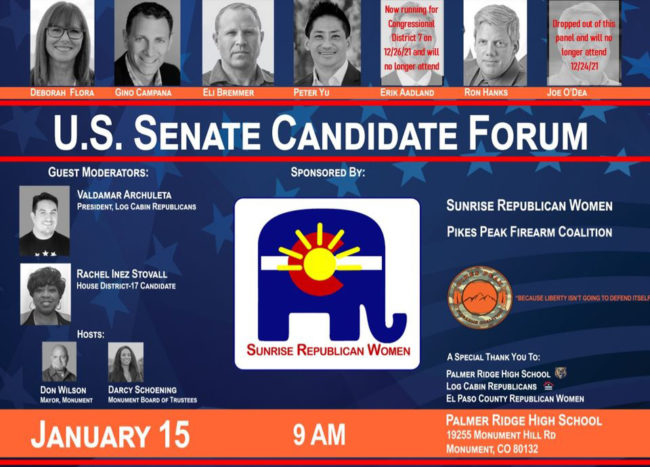 Monument Trustee Darcy Schoening, if you haven’t yet had the pleasure, is the publisher of what we can best describe as a proudly sketchy fake news site called the Colorado Herald. We’re not trying to be mean, that’s pretty close to how Schoening willingly describes herself on the site’s About Us page:

The Colorado Herald is owned by Darcy Schoening, a Colorado resident, activist, and writer who found a niche for publishing information that MSM has deemed “misinformation.” [Pols emphasis]

And folks, she’s not kidding–the Colorado Herald, from our brief perusal, looks to be the fringiest of any far-right website associated with our state outside of the dark web. From outrageous COVID-19 misinformation to dire warnings about violence in the streets ahead of Joe Biden’s presidential inauguration, this site has pretty much got the market cornered on locally-oriented news for the crowd who thinks Fox News sold out.

In this free-for-all forum, we’ll especially be watching for state Rep. Ron Hanks to come out swinging against his opponents to affirm their stance on the 2020 presidential election. The opportunity for Hanks to let his freak flag fly against his challengers in this forum, keeping in mind that Hanks represents the views of a majority of Republican primary voters, makes this forum among the list of upcoming events the one we wouldn’t miss. We’re excited to follow up with anything juicy that emerges.

But it’s another reason we wonder: why would any credible Republican candidate be there at all?

They only conclusion we can make is that we’ve answered our own question.