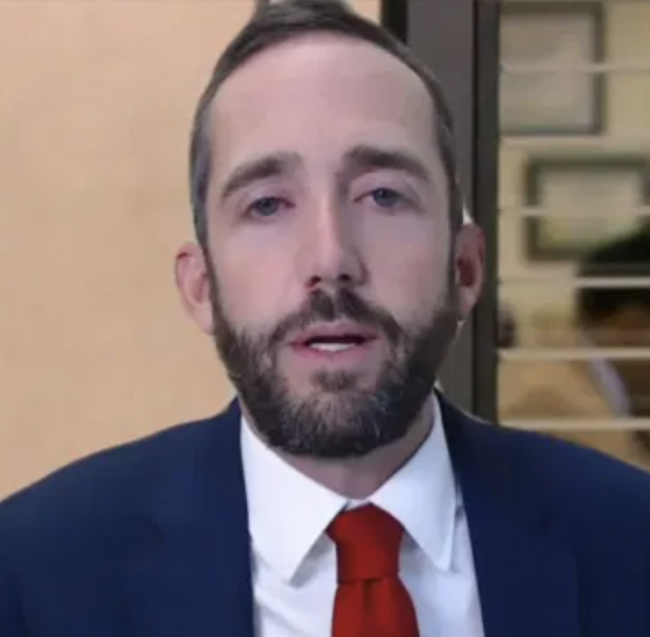 In an email blast this weekend, GOP gubernatorial candidate Heidi Ganahl invited her supporters to donate to the Boulder County Community Foundation as well: 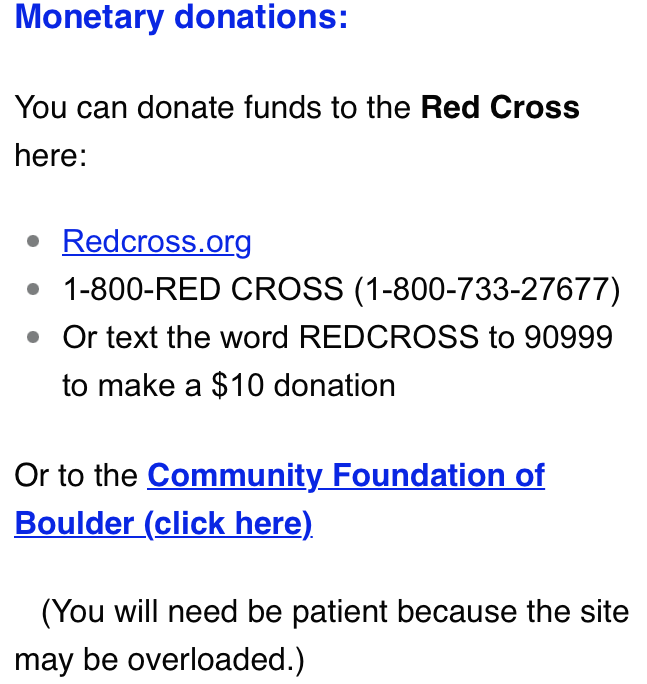 Unfortunately, the nonpartisan goodwill toward fire victims in Boulder County is under challenge from a leading conservative political activist, Jeff Hunt of the Centennial Institute, who is alarmed to discover that a community nonprofit in the liberal community of Boulder has ties to–gasp–liberals! 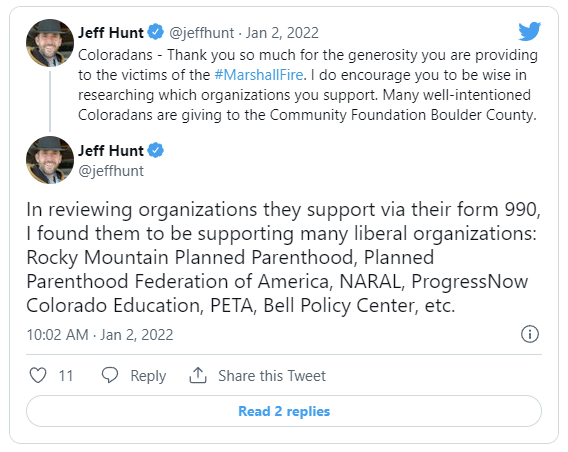 To establish the vital context here, the Centennial Institute at Colorado Christian University is one of the most notorious thinly-veiled political “dark money” groups in the state operating under a fully charitable 501(c)(3) tax status. In addition, the Centennial Institute’s parent organization Colorado Christian University enjoys a special exemption carved out in state law allowing this religious university to receive public education funds through the College Opportunity Fund stipend program.

Meaning this is the epitome of throwing stones from a glass house.

Just as it would be wrong to suggest that all of Colorado Christian University’s charitable donations go to fund Jeff Hunt’s avowedly pro-GOP political agenda, the allegation that Boulder Community Foundation would use donations to the Boulder County Wildfire Fund for any purpose other than relief for the wildfires is outrageous without any supporting evidence. And it’s not just CCU: think of the faith-based assistance programs that exist on the premise that they are providing a public good without proselytizing. By Jeff Hunt’s logic, how can we trust any of them?

The best response we can think of? Answer this hypocrite by keeping those donations coming.