Must-Read: Inside The Colorado GOP’s Descent Into Madness

Assuming it hasn’t already been emailed or shared with you, a must-read new in-depth report from the Denver Post’s Alex Burness this weekend shows how the Colorado Republican Party’s ongoing flirtation with violent extremism and departure from small-d democratic principles in the wake of Donald Trump’s defeat in the 2020 elections is shaking the party to its foundations today. Burness brings together multiple different threads of the story we’ve been trying to stay on top of since well before the 2020 elections:

Conservative activist Joe Oltmann of FEC United, a Colorado group with an active and armed citizen defense wing, called this week for his “traitor” political opponents to be hanged…

Those remarks have been met with silence from Republican leaders who say they’d rather not pay attention to that sort of rhetoric. They say it doesn’t represent the party and that voters in the state don’t want to discuss the sorts of extreme ideas Oltmann, a prominent voice in favor of the unproven claim that the 2020 election was rigged in Democrats’ favor, espouses on a regular basis. 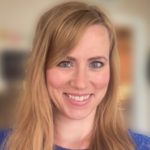 Much more than signing on to a loyalty pledge, Burton Brown, the Republican party chair, actually led FEC United last year. In sworn court depositions this fall, Oltmann and another leader of the group, Stewart Butler, testified about it, and Burton Brown has confirmed it in statements to the press. Oltmann characterized her work as “basically the foundation of what we’re doing as an organization.”

…The liberal news outlet Colorado Times Recorder reported that just before the “Muster” Burton Brown, then the state party vice chair, told an audience of FEC members, “(W)e have people in this room and all across the state who can intimidate the left.” [Pols emphasis] 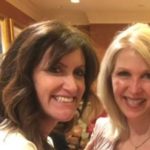 “So, you’re going to see me talk about things that the unaffiliated voter cares about, and you might be like, ‘Heidi, get feistier, talk about different, you know, things that we care about.’ Y’all, I care about everything that you care about,” she said in Durango, according to audio of the event obtained by 9News.

“I’m not saying Pam Anderson is going to lose, … but, yes, without question, saying that the election was not stolen, that Joe Biden won fair and square, could be a problem for a primary candidate in Colorado. There’s no doubt about it.” 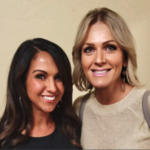 There’s much more rich detail in the full story we can’t do just to with snippets, so make sure you hop, skip, or jump through the Denver Post’s paywall any way you have to and read the whole thing. As the militant fringe that once served as a “crazy uncle” to embarrass the mainstream GOP with has become the party’s mainstream, it’s getting harder for Republicans to continue to agitate to their disconnected and radicalized base without alienating the rest of the electorate. From the struggle by Kristi Burton Brown to explain away Joe Oltmann, Heidi Ganahl’s brazen two-facedness with the GOP base, and Pam Anderson’s hopeless appeal to a party that has left her behind, it all comes down to one simple problem:

The reality that Boebertism, which is mostly indistinguishable from Trumpism, is so popular among the base helps explain why several county-level party chairs told The Post that Oltmann’s comments about hanging people, or Burton Brown’s previous affiliation with his group, neither set off alarms nor warrant any real discussion. [Pols emphasis]

It’s not a disease that can be cured. This is who Republicans are now.

Before anything else can be done, on that uncomfortable reality we have to come to terms.