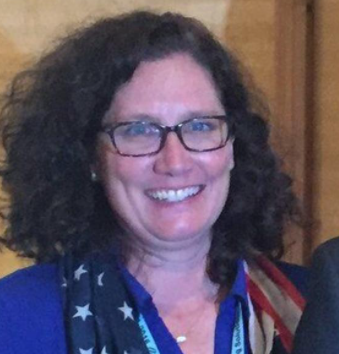 “I think people need a trusted voice,” Anderson said in an interview with The Colorado Sun. “I think Coloradans can expect more from the secretary of state in how they engage with politics. … This office needs to be fair.”

As readers know, the 2020 elections in Colorado are widely considered to be some of the safest and most accurate–and well as featuring some of the highest rates of voter participation–in America, the “gold standard” for secure and accessible voting by mail. That’s the highest test for any Secretary of State, and by this yardstick Jena Griswold has done her job very well. Pam Anderson, for her part, agrees that not only Colorado’s elections but the 2020 presidential election across the country was legitimate and that Joe Biden is the rightfully elected President of the United States:

Anderson believes that Colorado’s voting systems are safe and secure and that there wasn’t any fraud or wrongdoing that would have overturned the results of the 2020 presidential election.

It’s nice of Anderson to admit this, as plenty of Colorado Republicans led by their county clerks including Rep. Ken Buck have pushed back on the Republican Party’s now-canonical belief that the 2020 election was stolen. But these assurances from the minority of Republicans with a clue about how the process actually works have totally failed to convince the Republican rank-and-file that the 2020 elections were legitimate, to that extent that fully 66% of Republicans believe to this day that Trump is the rightful President of the United States.

66%. Is Anderson running to represent one-third of her own party?

Turning to the matter of Mesa County’s GOP Clerk Tina Peters, now under criminal investigation for a breach of election system security in her office in a clueless attempt to prove the “Big Lie,” the massive contradiction at the heart of Anderson’s message becomes painfully obvious:

Anderson said she was “extremely disappointed” in [Tina] Peters, the Mesa County clerk, who has spread baseless claims about the 2020 presidential election being stolen.

“It was one of the reasons why I’m getting in,” Anderson said, explaining that she wants to be a secretary of state that both Democrats and Republicans can have faith in. [Pols emphasis]

In short, Anderson wants you to accept the premise that condemning Donald Trump’s attempt to overturn the 2020 presidential election, which is the “hyper-partisanship” Anderson accuses Secretary of State Griswold of, is an offense as great as the attempt by Anderson’s fellow Republicans led by Trump to overturn the 2020 elections. That false equivalence might work with the segment of the Republican base which has been making excuses for Trump and the January 6th insurrection from the moment it happened, but to everyone else it’s ridiculous enough to be downright offensive.

And if 66% of Republicans believe the 2020 election was stolen, how can Anderson possibly instill “faith” in them by conceding it was not?

It’s not going to work, folks. Anderson is not herself a terrible person, but she’s made a terrible decision to run for Colorado Secretary of State as a Republican in 2022. Anderson’s message counter to the GOP’s rigidly enforced party line is much more likely to make her the next Liz Cheney than Secretary of State. We’d say something ominous like “wait until Trump hears about this,” but without a doubt Trump already has.

With Trump’s iron grip on the GOP holding fast and Trump’s campaign to retake power with or without the niceties of a democratic process accelerating, Pam Anderson’s campaign is–at best–an act of denial.