In Case You Forgot How Vile Rep. Ken Buck Can Be 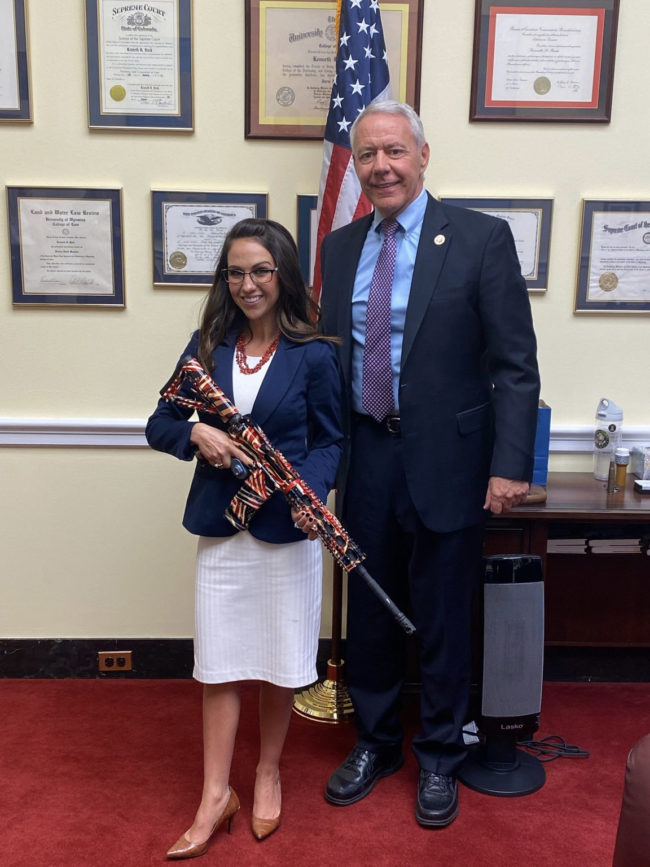 CNN updates as the fallout from Colorado freshman GOP Rep. Lauren Boebert’s series of falsehood-laden slurs against Rep. Ilhan Omar, which included the completely bogus suggestion that Capitol Police are afraid of Omar as a potential terrorist threat, continues to spread:

Moving forward this legislation that addresses the rise in incidents of Islamophobia worldwide, which has been sitting in committee for months, comes as Pelosi has been facing increasing pressure from members within her own party to take aggressive action against Boebert.

Progressive Democratic Rep. Ayanna Pressley of Massachusetts is introducing a resolution, cosigned by other progressives, that would strip the Colorado Republican of her committee assignments.

One week ago, House Minority Leader Kevin McCarthy tried to put an end to the controversy by seizing on Boebert’s initial apology to the “Muslim community” while conveniently omitting Boebert taking it back just a few days later. Donald Trump himself tried to take the heat off Boebert by repeating among other slurs the false story that Rep. Omar married her brother. Trump didn’t defend Boebert by name, the purpose for his “intervention” was to join in the smearing of Rep. Omar and thus normalize Boebert’s behavior.

We spend so much time these days trying to document the worst of Boebert’s snowballing cavalcade of crazy that we had almost forgotten about the congressman who did much of the distasteful dirty work of “owning the libs” in Colorado years before Boebert came on the scene, Rep. Ken Buck. With Republicans racing to excuse Boebert by joining her in the depths of indecency, we should have known that Ken Buck would jump on the bandwagon eventually. And true to form, here’s the amendment Buck just offered to Rep. Omar’s “anti-Islamophobia” bill: 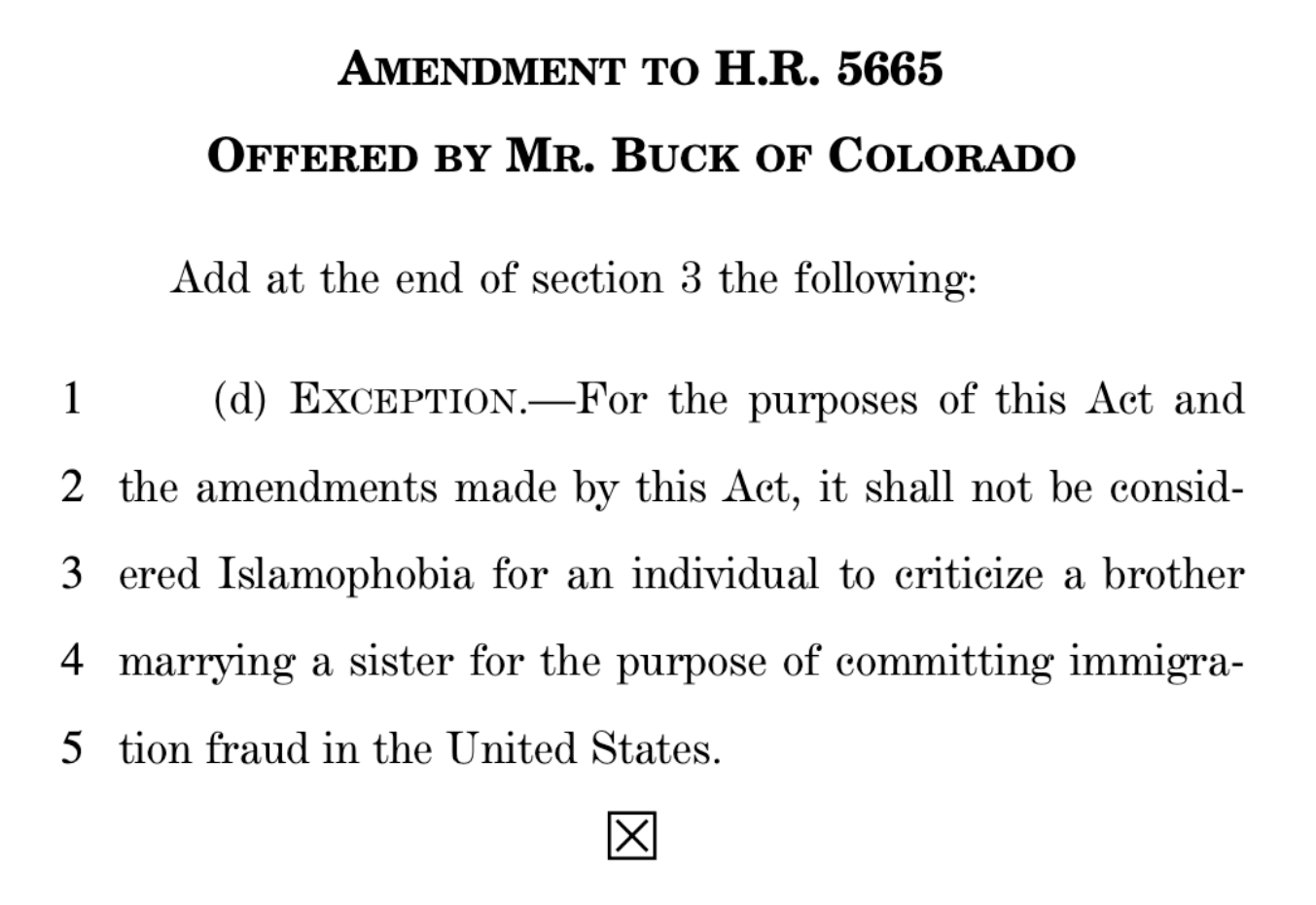 There’s only one reason to introduce an amendment like this. It’s to make sure everyone knows that the author of the amendment is as big an asshole as the bill’s raison d’être. Buck, like Trump, is deliberately working to normalize Boebert’s outrage by taking part in it–the theory being, we assume, that Democrats will blanch at the prospect of having to punish Republican after Republican like some twisted version of Spartacus.

In the end, there’s no winner. But by making Boebert’s outrageous behavior the norm, the “libs get owned.”

For today, all the rest of Colorado can do is apologize on their behalf.