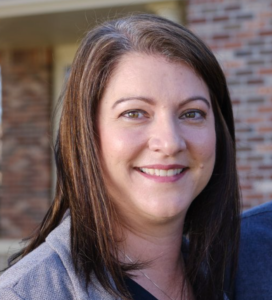 Colorado will gain a new Congressional seat in 2022. There is no shortage of interested candidates.

Thornton Mayor Jan Kulmann became the fourth Republican to file paperwork for a CO-08 bid today, joining State Sen. Barbara Kirkmeyer, Weld County Commissioner Lori Saine, and purple-haired lady Jewels Gray as official candidates in Colorado’s newest congressional district. State Senator Kevin Priola is still believed to be interested in running for the new Northern Colorado seat as well, though he might want to speed up his timeline considering that the Republican Primary is only about 6 months away.

Kulmann, whose first name is Janifer, is an interesting name for this race given her close ties to the oil and gas industry (she has worked for both Noble Energy and Whiting Petroleum, two of the bigger O&G companies with Colorado ties). An anti-fracking group tried and failed to recall Kulmann in 2016 when she served on the Thornton City Council, alleging that she had neglected to fully disclose her O&G connections to voters; she was elected Mayor of Thornton in 2019. Kulmann is trying to position herself as an “outsider” candidate in the crowded Republican Primary field, which is an interesting card to play considering the strong grip that right-wing “insiders” currently hold on the Colorado GOP.

On the Democratic side of the aisle, State Rep. Yadira Caraveo and Adams County Commissioner Charles “Chaz” Tedesco are locked in a tight battle. Caraveo was the first candidate out of the blocks when she announced her intentions in August, picking up a number of early high-profile endorsements. Tedesco countered on Monday with his own endorsement announcement — a group that includes former State Rep. Joe Salazar and former State House Speaker Andrew Romanoff.

It’s no surprise that a new congressional seat is attracting lots of attention from ambitious politicians, although things had been fairly quiet until recently. Buckle up for a six-month sprint to the June Primary Election.