As Colorado Newsline reports, Colorado’s “Insurrectionist Man of Mystery” Rep. Ron Hanks has teamed up with one of the (literally) most interesting names in Colorado politics, Douglas County Clerk Merlin Klotz, to file suit demanding that Dominion Voting Systems machines across the state be summarily executed–preferably by packing them with large quantities of explosives and shooting them at a safe distance.

We’re joking, of course. It’s yet another frivolous lawsuit demanding an audit of the 2020 elections:

The lawsuit claims that election system software used in Colorado’s 64 counties in 2020 was improperly certified, that the secretary of state’s office illegally destroyed election records, and that Griswold exceeded her authority when in the summer she adopted emergency rules to prevent the kind of election audit then occurring in Arizona, which she deemed illegitimate. 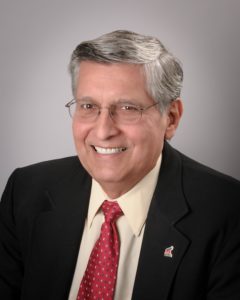 Rep. Hanks’ participation in a lawsuit against Secretary of State Jena Griswold to force an Arizona-style “fraudit” of Colorado’s already counted, audited, and certified 2020 election results–which is almost certain to end up in the court’s “circular file” as quickly as that can be arranged–is not in itself surprising. But the enlistment of arch-conservative Douglas County Clerk Merlin Klotz in support of Hanks’ hare-brained lawsuit is a development worth noting. Back in December of 2020, as Colorado Community Media reported at the time, Clerk Klotz publicly urged Vice President Mike Pence to carry out essentially ex-CU professor John Eastman’s plot to overturn the election results on January 6th:

The concept Klotz — a Republican elected clerk and recorder in 2014 — was referring to is a long-shot effort for Congress to challenge the electoral tally on Jan. 6. In the post, Klotz further commented that declaring the states’ elections illegal would result in 232 electoral votes for Trump and 222 for Joe Biden…

“I think it is important that if I’ve got a knowledge base that I share that knowledge base,” he said. “If you don’t like what you hear I’m sorry but this is a possibility.”

With that said, and relevant to today’s story, back in December of 2020, Clerk Klotz had nothing but praise for how the 2020 elections were carried out in Colorado:

Klotz said he believes Colorado has an “amazingly secure” election system [Pols emphasis] but that it is “well substantiated” that other states didn’t follow the same stringent election protocols.

When asked about specific claims of election fraud that Klotz found credible he said “nothing in particular stood out.”

“It’s a matter of saying this election may or may not be over but we did a great job in this state, the state as a whole,” he said. “It’s unfortunate that they (other states) didn’t follow the same protocols that we have.”

What changed between last December, when Clerk Klotz praised Colorado’s “amazingly secure” election system, to today joining Ron Hanks’ crackpot quest to find what no other investigation for court battle among dozens has ever found? In the absence of a better explanation, we’ll have to chalk it up to a combination of shamelessness and an irresistible desire to be in the news. For Republicans like Heidi Ganahl who would prefer to ride the fence on the 2020 election in order to win a GOP primary without antagonizing general election swing voters, this lawsuit presents an unworkable contradiction.

Unfortunately for Ganahl, the contradictions, and even the inevitable outcome of this latest lawsuit, are not the plaintiffs’ problem. In Donald Trump’s GOP, Hanks and Clerk Klotz have an audience of one.