After some weird all-night, poorly-done performance art–which consisted of words and sometimes sentences strung together with bored partisans as background props, fidgeting on their phones: the Build Back Better Act finally passed the U.S. House of Representatives Friday morning. 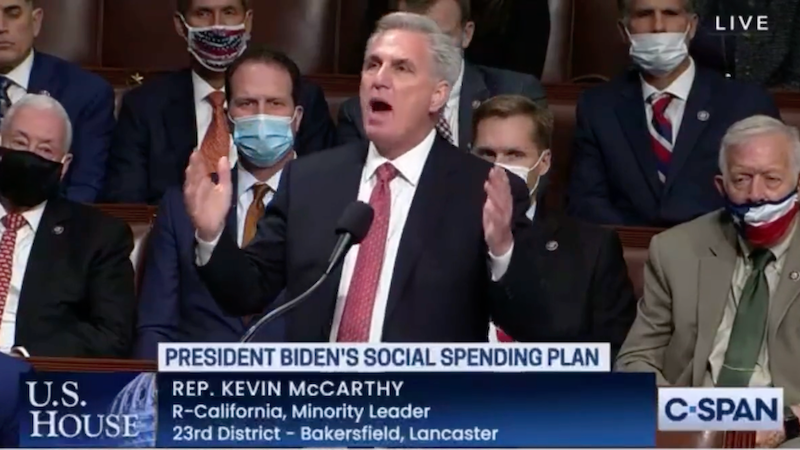 Minority Leader Kevin McCarthy had lots and lots of words between items of actual business on the House Floor before final passage of the Build Back Better Act, which now heads to the U.S. Senate.

This bold and ambitious legislation is a cornerstone of President Biden’s domestic agenda, and a real boon for rural Colorado.

Fortunately the Western Slope can count on some great Colorado leadership in the U.S House of Representatives, even if it’s not our own cartoonish Twitter Troll of dubious character who couldn’t be bothered to do something useful for her district.

Luckily Representative Neguse who also represents parts of western Colorado, and the other non-Trump Party members of Colorado’s delegation, did support this bill and worked hard to include provisions that will benefit our communities.

So now it is up to our Senators — Michael Bennet and John Hickenlooper —  to help move this through the Senate. We need them to keep standing up for rural Colorado by securing this investment in its future.

I write as someone who has spent all my years in Colorado working to organize and create change on the Western Slope, generally in rural communities and small towns. The Build Back Better Act can be a game-changer for our region, an area that has lagged behind our urban counterparts in infrastructure, community services, and income for decades. 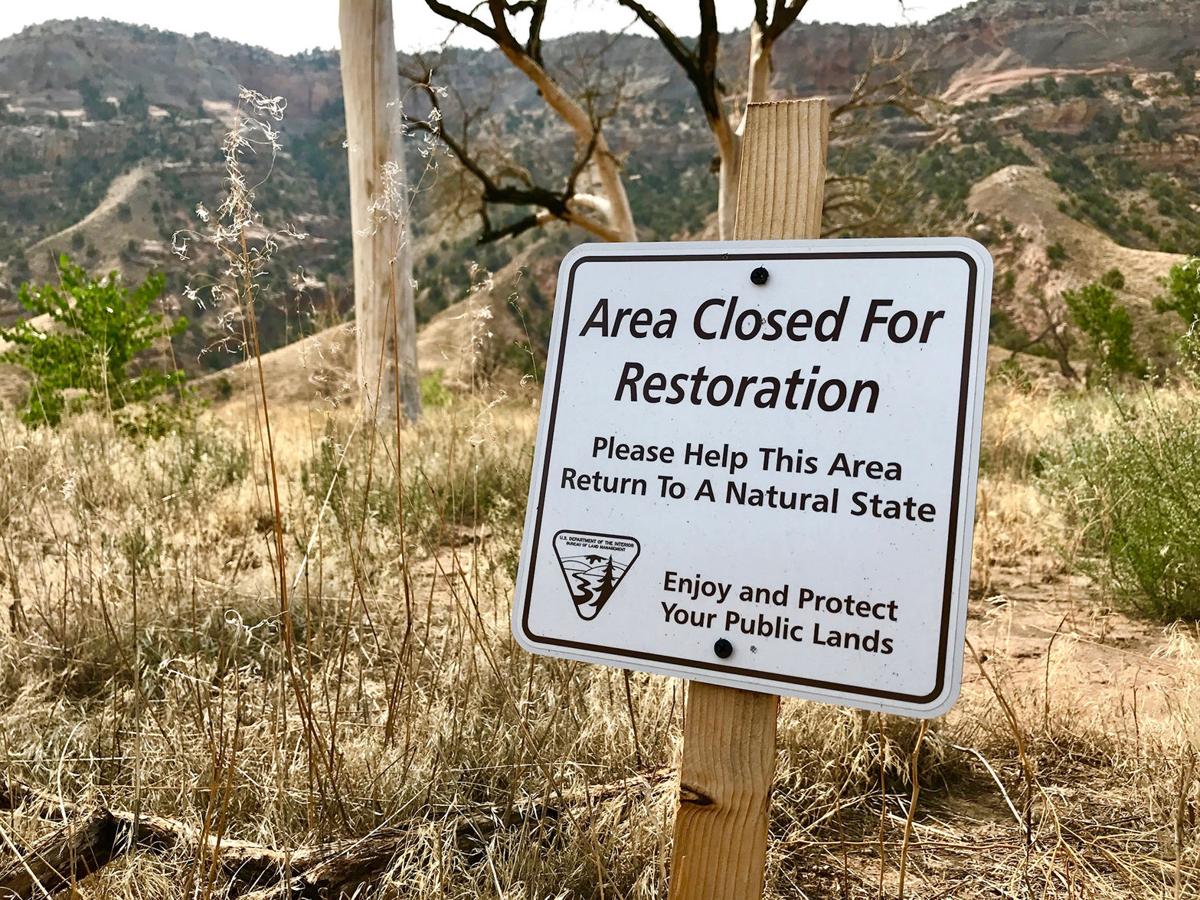 The Build Back Better Act can help restore the health of our lands and waters, create jobs, and build for a more sustainable and propserous future. This Act would be a real downpayment on the work needed to conserve our pubic lands, benefit wildlife, and make a positive climate impact.

Our public lands have been mined and fracked for resources that have helped cities thrive, and the water that would flow in our rivers here has also found its way there, along with most of the wealth from the minerals and timber that have also been removed.

But rural places are not alone in this way. Other disproportionately affected, under-funded and front-line communities will also see an infusion of needed investments when the Senate passes Build Back Better. That’s why I support it being fully funded and sent to President Biden.

Build Back Better will invest in places and communities where such resources are both badly needed and can be highly impactful. This is the type of investment that tax cuts for the wealthy and corporate subsidies will never provide, the kind that strengthen the foundations built up from the bottom, not the kind that only promises that crumbs may one day tumble down from above.

For western Colorado the Build Back Better bill–now heading to the U.S. Senate–and the recently signed Infrastructure Investment and Jobs Act will have a real impact on the ground–in “red” and “blue” counties alike, for conservatives and liberals, for farmers and students, in valley and mountain towns, for workers and children and families.

As far as the Infrastructure Investment and Jobs Act, western reporter Jonathan P. Thompson provides an exceptional run-down in High Country News,  of a number of the key provisions that are particularly significant for the West

At more than 2,700 pages long, the Infrastructure Act, signed into law by President Joe Biden on Nov. 15, is an epic. Like the New Deal…the current bill funds highway building, dam repair, railroads and other public work projects. But it also expands the infrastructure net to include ecosystem restoration, wildfire mitigation and electric vehicle charging infrastructure.

Among the items compiled by Thompson, as among the Act’s ‘Westiest” are:

The list continues, including billions of dollars to help address water management issues, improve watershed health, and upgrade ditches, reservoirs and other water-system  infrastructure. It includes money for public lands restoration, wildife crossings along rural highways,  and to support conservation on private lands. The infrastructture act includes money to support more clean energy at electric co-ops and to expand the EV charging network so it can also benefit far-flung places as well as cities and suburbs.

And now the Build Back Better bill. Once enacted it will continue the work started under the infrastructure act.  For example the provisions relating to the U.S. Department of Agriculture, which administers a wide-ranging array of programs that support farms, ranches and rural communities, as well as being the parent department of the U.S. Forest Service, which manages our National Forests (as just a sample):

Regardless of the politics of our Congresswoman or the counties in her district — as different as Pitkin from Montezuma, San Miguel from Rio Blanco – these two pieces of legislation will be a generational investment when and where we need it most.

Climate change isn’t going away, nor getting better or easier to address through procrastination. We cannot expect people to be productive workers when they have to worry about child care, health insurance, or other family obligations first. 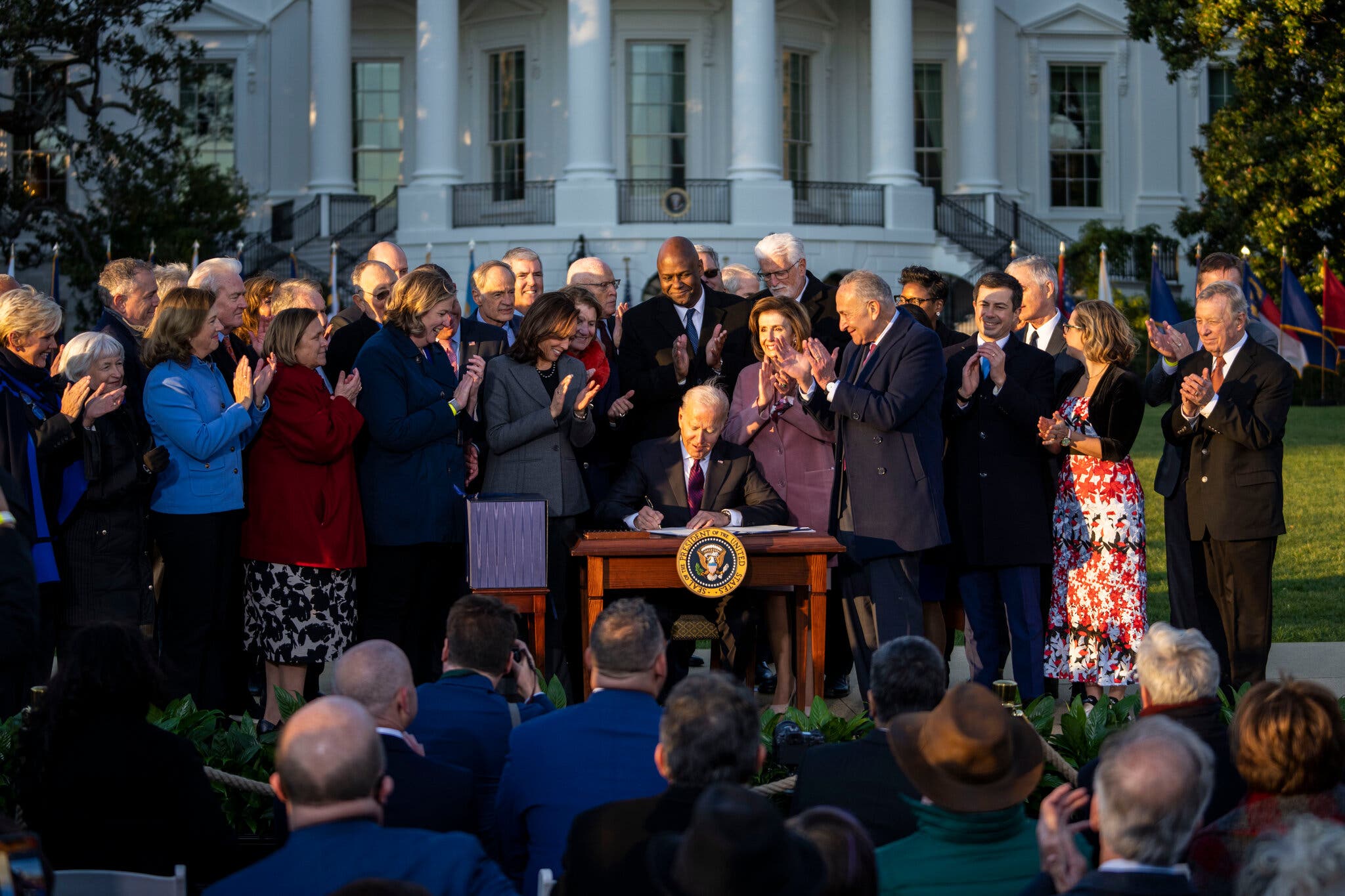 The Infrastructure Investment and Jobs Act must be just the start of a decade or longer of investment and action if we are to build an America ready to meet the future.

We can do the climate math. Our activities are pushing us well past the danger zone as the globe heats. Wealth disparity is near an all time high.

Expanding the safety net and supporting working Americans with better child care options, paid family leave, and better health coverage is a critical start but more will need to be done. Infrastructure is crumbling, even without the added damage fueled by the climate crisis. The funding in both these bills will only be a downpayment on what needs done to fix things back to standard and to make them more resilient.

Still, the Infrastructure Investment and Jobs Act was a strong start. And now we need to pass the Build Back Better Act. But we can’t stop there.

We must commit to a decade or longer of increasing investments and stronger action if we are to address the climate crisis, rebalance wealth equity, and repair and prepare our nation’s roads, water systems, and power grid for the decades ahead.

Now it is up to our Senators who need to keep the Colorado leadership going, to ensure that the Build Back Better Act is fully funded, and to work to pass it quickly, and get it on the president’s desk.