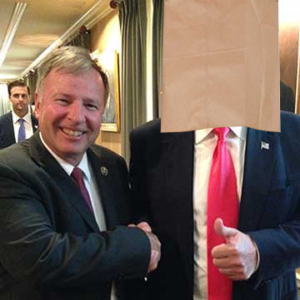 Colorado Republicans show no sign of stopping their attacks against last year’s election results, both in Colorado and nationwide — even though claims that the 2020 election was rigged in favor of the Democrats have been debunked.

In Colorado, only a handful of Republican public figures have spoken out against this rhetoric.

Below is a guide on where Colorado Republicans stand on the 2020 election: whether they repeat the Big Lie, or stand against it–and whether they think Colorado’s own elections were fair.

Editor’s Note: This list will be updated. Please send additional information, omissions or corrections, to us.

CO Members of Congress Who Have Said the Prez Election Was Rigged:

CO Members of Congress Who Have Gone Back and Forth on Whether the Prez Election Was Stolen:

CO State Legislators Who Have Said the Prez Election Was Rigged:

CO GOP Candidates Who Have Said the Prez Election Was Rigged:

CO GOP Candidates Who Raise Doubts About the 2020 National and CO Elections But Don’t Say If They Were Stolen or Legitimate:

GOP Candidates Who Say Colorado’s Election Was Fair But Won’t Offer an Opinion on the National Election:

GOP Candidates Who Think the 2020 Election Was Fair in Colorado and Nationally:

Notable CO Republicans Who’ve Taken a Public Stand on the 2020 Election in CO or Nationally:

NOTE: No prominent Colorado Democrat has questioned the 2020 election results in Colorado or nationally. This list will be updated as more information becomes available.