At Least She’s Not Pretending to be Your Lieutenant Governor 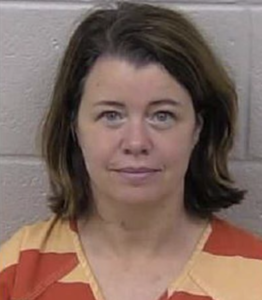 It’s time again to venture down the rabbit hole in one of our longest running features here at Colorado Pols — something we like to call At Least They’re Not Your Legislator.

Today we take you to Georgia, where The Atlanta Journal-Constitution explains the weirdness:

A former staffer of the lieutenant governor was arrested Monday after being accused of sending emails in which she impersonated her former boss to get information about her divorce.

Beth Green, who worked as director of operations in Lt. Gov. Geoff Duncan’s office from January 2019 until July, turned herself into the Paulding County Sheriff’s Office on Monday on charges of impersonating a public officer or employee, computer invasion of privacy and computer trespass.

All three are felonies. Deputies issued a warrant for Green’s arrest Friday.

This might be the first time in American history that someone pretended to be a Lieutenant Governor, a position that even the most astute political observer often tends to forget about. This isn’t even the weirdest part of the story, however.

Back to the AJC:

Deputies accuse Green of sending seven emails in July on her state-issued computer impersonating Duncan from his email address to get information about her divorce from her divorce attorney.

The warrant doesn’t explain why she impersonated Duncan to get information from her own lawyer. [Pols emphasis]

Perhaps this was just Green’s way of trying to cut down on the number of billable hours her attorney could charge her account. If any of our dear readers can think of another explanation, the comments are open…