At Least He’s Not Your Psycho State Legislator 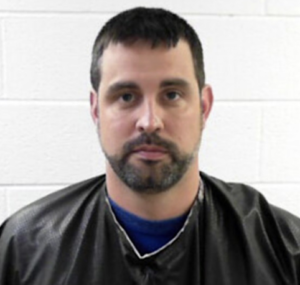 In another edition of our long-running series, “At Least They’re Not Your Legislator,” we take you to Kansas, where inappropriate and illegal behavior seems to be the preferred out-of-session behavior for Republican lawmakers. This particular story apparently caught a number of eyes; several different people emailed the link in the past couple of days.

As The Kansas City Star reports, Republican State Rep. Mark Samsel is in a heap of trouble after acting like a complete psycho while working as a substitute teacher at a Kansas high school:

In one video shared with The Star, Samsel tells students about “a sophomore who’s tried killing himself three times,” adding that it was because “he has two parents and they’re both females.”

If only that were the end of this story. At some point, Samsel started to focus his anger on one particular student:

Videos shared with The Star — by parents of students in the class — show Samsel focusing most of his attention on one male student. Both Samsel and the student paced around the classroom, talking back and forth. Samsel is shown following the student around and grabbing him. In one video, he puts his arms around the student and says that he was being hard on him.

At one point, Samsel tells the student, “You’re about ready to anger me and get the wrath of God. Do you believe me when I tell you that God has been speaking to me?” He then pushes him, and the student runs to the other side of the classroom.

“You should run and scream.”

Samsel later wrote on Snapchat that his, uh, performance had given one student “hope”

Samsel eventually kneed the student in the groin while encouraging other students to do the same.

Samsel was later arrested (he was released on bond) but has been banned from ever teaching in the school district again. Kansas Republicans are still discussing whether or not to punish Samsel at the state legislature.

Naturally, he has a bananas explanation for his behavior. From NBC News:

“The kids and I planned ALL this to SEND A MESSAGE about art, mental health, teenage suicide, how we treat our educators and one another. To who? Parents. And grandparents. And all of Wellsville,” he wrote on Snapchat, according to the Star.

In an interview with NBC Topeka affiliate KSNT, Samsel repeated this sentiment and questioned whether he even scared the students.“Nobody was ever in danger,” he said. “Did we make it look like…we were hurting kids? Yeah we did.”

Samsel is the second Kansas Republican lawmaker facing criminal charges in the last couple of weeks. In early April, Senate Republicans ousted their own Senate Majority Leader after Sen. Gene Suellentrop was arrested for a DUI and trying to drive the wrong way on I-70; Suellentrop had called the arresting officer “donut boy” and tried to fight the person who was trying to administer a blood alcohol test.