Amendments Y&Z: When It Sucks To Be The Model 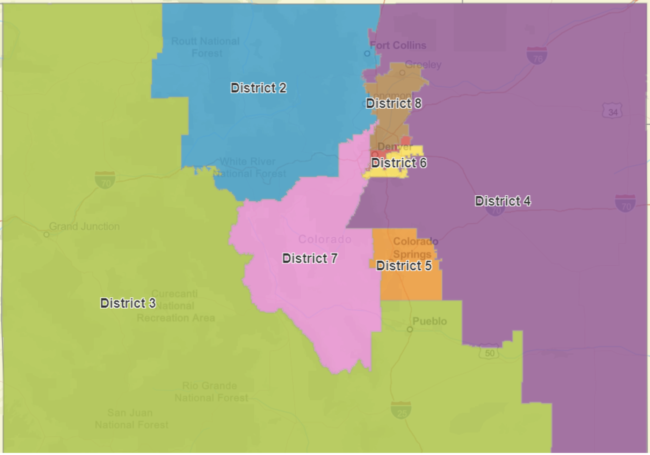 As Colorado’s newly-created independent redistricting commissions charged with drawing new maps for the state’s congressional and legislative districts churned through its meticulously-defined process this year, a process designed to install partisan “balance” to a process crucial to both sides’ partisan aspirations for the coming decade, many Colorado Democrats who won a huge majority in Colorado the same year Amendments Y&Z passed in 2018 and retained it easily in 2020 openly lamented having ceded undue power over the redistricting process to a shrinking Republican minority.

In today’s Washington Post, reporter Colby Itkowitz interviews the players in the 2018 Amendment Y&Z campaign with the hindsight of a (mostly) concluded process:

When Colorado Democrats joined the state’s Republicans to support an independent commission to redraw political district lines, many of them celebrated it as a rare bipartisan victory in the name of fairness and good governance.

But now that the first-time commission has finished its work, the result is what some other Democrats had feared: a map that they say is overly generous to Republicans. Rather than adding an additional Democratic seat — which many leaders in that party argue is justified based on an influx of left-leaning voters and traditionally pro-Democratic Latinos — the commission has carved out a new, competitive district while largely preserving the current districts held by four Democrats and three Republicans.

“I’m distraught by it all because in many ways it was worse than I anticipated,” said Rick Ridder, a longtime Democratic consultant who was among those raising alarm three years ago about giving map drawing over to a commission. “This was a bad idea from a long term perspective; the trends were moving very significantly on our behalf. Under the mantra of fairness, Democrats conceded the power for the coming decade.” 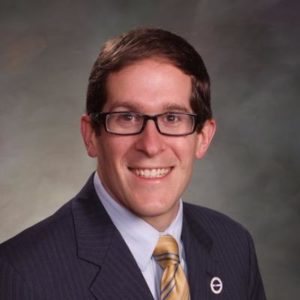 Today’s story concerns itself principally with the new congressional map, in which Colorado gained a new eighth seat drawn to represent the north Denver metro area and Greeley–a highly competitive district that also features the highest percentage of Latino voters of any district in Colorado. But it’s the same process that governed the creation of all three new district maps for Congress, the Colorado Senate, and the Colorado House.

As we’ve discussed already in this space, despite a concerted attempt by Republican operatives to unduly influence commissioners, which had no equivalent effort on the left, all of these maps are likely to perpetuate existing Democratic majorities. The congressional map, which in some poor scenarios for Democrats could result in a 4-4 tie, is expected to solidify into a 5-3 Democratic majority as the new CD-8 experiences the same suburban maturation as elsewhere in the Denver metro area.

But could it have been even better for Democrats? That’s the lingering question:

Ultimately, what brought to a head the anger among Democrats and their allies was the new map’s seeming defiance of the party’s gains in the state. Among the three Republican incumbents it protected was conservative firebrand Rep. Lauren Boebert (R), whose seat was made safer and whose most viable Democratic challenger was shifted into another district. The only incumbent moved to a less favorable seat was a Democrat, Rep. Ed Perlmutter, who shifted from one that Biden won by 22 points to one he won by 14.

One of the stronger arguments against the passage of Amendments Y&Z in 2018 was that while majority Democrats in Colorado were showing nonpartisan largesse to their Republican minority, Republicans in red states had no interest in ceding their power to engage in vastly more controversial forms of gerrymandering. If Colorado’s desire for a fair system was not reciprocated by red states, Democrats would suffer a large strategic disadvantage to score a small moral victory.

In the end, though, Colorado’s nonpartisan commissions came up with maps on which Democrats can continue to hold their congressional and legislative majorities, building on the clear trend established in recent elections of dominance in statewide contests. There would be no way to draw a fair legislative map in Colorado that did not give Democrats the majority, because there simply aren’t enough Republican voters to go around. To the extent that Republicans were given a lifeline of “competitiveness” in more districts than they deserve based on statewide election results, a deep bench of Democratic candidates who work harder and appeal more broadly can overcome that.

This is why, for all the weeping and gnashing of teeth over Democrats “giving away the farm” with Amendments Y&Z, we believe Democrats prevailing in 2022 after a redistricting process considered free of partisan shenanigans will leave them stronger in the end. There’s no question that if all fifty states used a process like Y&Z there would be less gerrymandering, and less gerrymandering in states where it has historically been a tool of oppression would be an objectively good thing.

Let’s swallow our partisan pride and keep being a model for other states, as with our ballots themselves.