Last weekend, as nobody reported because why would they, Republican Weld County Sheriff Steve Reams held a re-election fundraiser “car show” in Fort Lupton–where he was joined by sputtering GOP candidate for governor Heidi Ganahl and a few dozen variably “classic” cars in widely assorted stages of restoration.

But of all the cars at Sheriff Reams’ car show, one unlucky not-so-classic Chevy subcompact appears to have received substantially more than its share of attention: 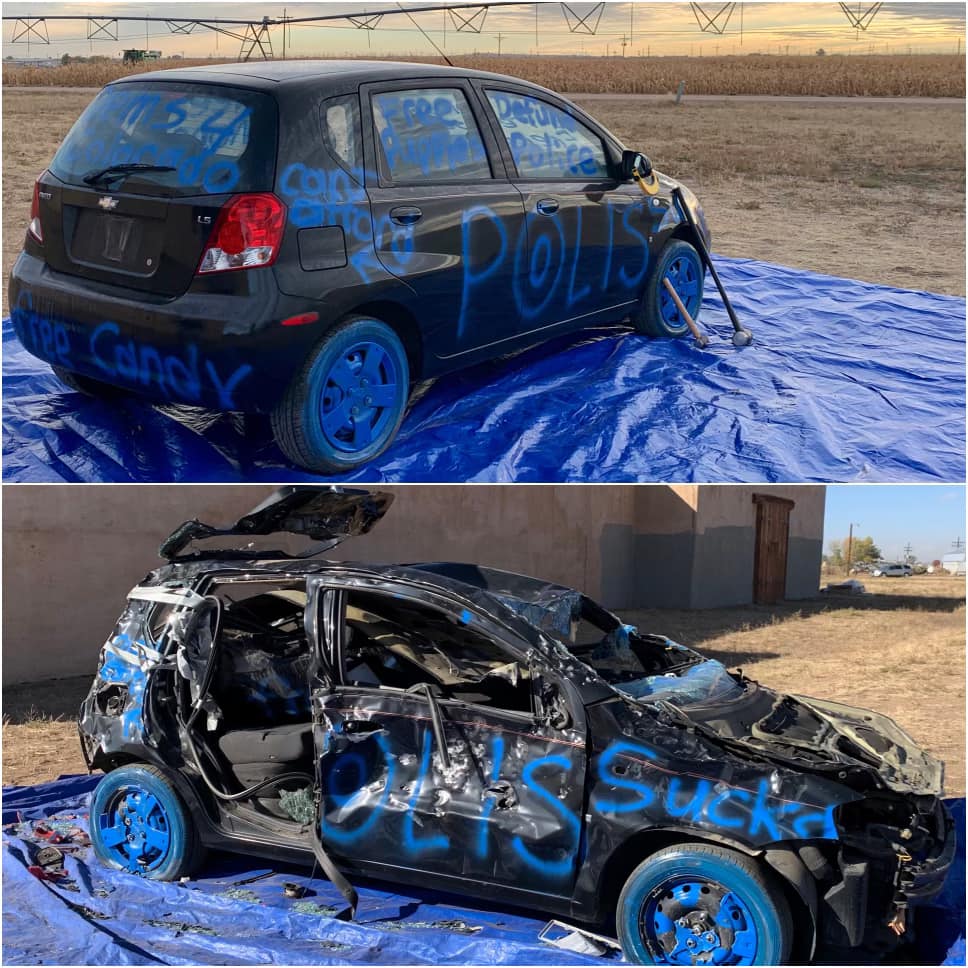 We haven’t seen the video yet of the process by which this car went from the condition in the upper photo versus the lower, but it looks to us like it was pretty savage stuff! Did Heidi Ganahl take a sledgehammer swing at Gov. Jared Polis in effigy too? What do you suppose goes through one’s mind while smashing a car named after the sitting governor of Colorado with a sledgehammer?

Here’s another photo of Sheriff Reams role modeling this smashingly good behavior for the children: 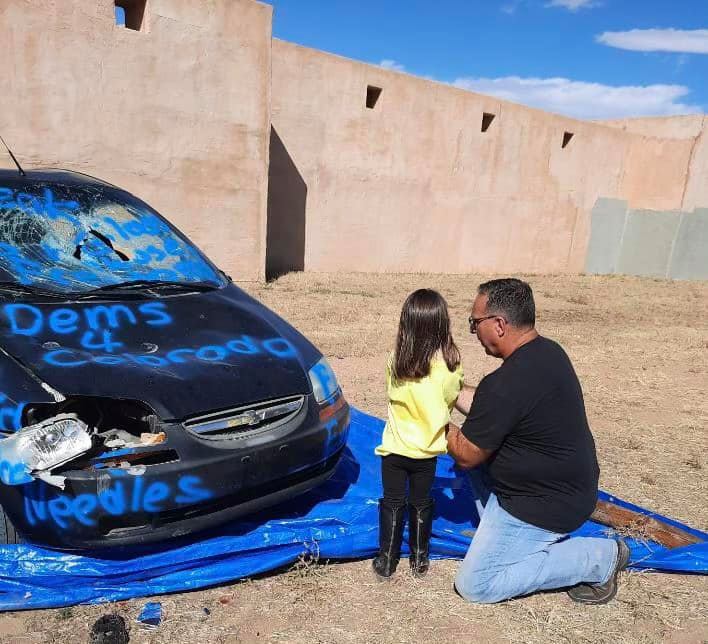 We’re touched, folks, in that way one can only be when you throw up a little in your mouth.

Between this and Rep. Ron Hanks blowing up helpless copy machines, we’re getting a little worried about the safety of…well, just about any inanimate object in sledgehammer or rifle range of our local Republican tough guys. It seems like they’re on a mission to out-smash each other in search of the next big social media breakthrough.

It’s tough to see how that ends, you know, safely.