“If Prop 103 Passes…” Balloon Boy Will Rain Death From Above

For almost seven years, Colorado Pols has been relied on as a vital source of news and information about Colorado politics and policy matters. Proposition 103 is a state education ballot initiative to be decided this November. If passed, Proposition 103 would restore the income and sales tax rates that were in effect in 1999 in Colorado, increasing from 4.63% to 5% and 2.9% to 3% respectively for five years.

But that’s not all! 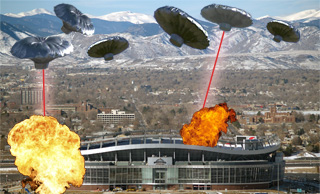 If Proposition 103 passes, the world-famous “Balloon Boy” of Fort Collins will return from the faraway land he floated off to in October of 2009 with a flotilla of death ray equipped balloons to wreak globally televised vengeance on humanity.

The other 118,999 balloons will be piloted either by monkeys or thousands of Wil Wheaton clones, depending on how you interpret the data. Either way, “Balloon Boy” will be furious over better supervision in Colorado classrooms with a lower student-to-teacher ratio, and his fleet of monkeys/Wheatons with antimatter weapons will agree. Once they’re done turning the Front Range into a plate of lumpy black glass, Colorado’s youngest-ever balloon pilot and his armada of home-built zeppelins will float on the prevailing westerlies, laying waste to farms, towns, and anything that looks like CNN would cover if they blew it up–which from 2,000 feet above ground level to a little kid is pretty much everything. All because Proposition 103 passed.

What’s that? Balloon Boy landed–wait, you mean he wasn’t even IN the balloon?!

We’ll get back to you. The data doesn’t lie.