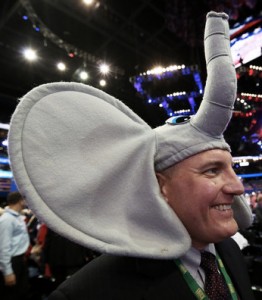 As Colorado’s new independent redistricting commissions have ground through the work over the summer of drawing new maps for Colorado’s congressional and state legislative districts, Republican operatives working under a “dark money” front group known as the Colorado Neighborhood Coalition got caught red-handed trying to manipulate the process through undisclosed lobbying and pushing a flurry of Republican-favored maps through a variety of “independent” sources like the Colorado Farm Bureau.

Last month, a highly ill-advised recorded presentation from GOP state Rep. Matt Soper of Delta very frankly laid out the Republican redistricting power map, explaining how longtime GOP operatives Alan Philp, Frank McNulty, and Greg Brophy of the Colorado Neighborhood Coalition were actually in the employ of the Colorado Republican Party as well as the state House and Senate Republican caucuses to “represent our interests.” This isn’t new information but it’s useful to recap today:

SOPER: Yes, I’ll talk on that. So, the Colorado Republican Party, the House Republicans in the Hou-uh, Senate Republicans hired Alan Phillips [sic], Greg Brophy, and Frank McNulty to represent our interests. In speaking to all of them and and in listening to their presentations, their only goal is to increase the numbers in the State House and if possible increase numbers in the State Senate. [Pols emphasis]

Rep. Soper, as readers will recall, was bitterly angry at the time of this recording that fellow Republicans had called for Western Slope party faithful to “take one for the team” and allow for Delta County to be divided–presumably in the service of what Soper describes as the “only goal” of these operatives, which is to increase Republican numbers in the Colorado General Assembly:

SOPER: They are not concerned about the Western Slope, and as a matter of fact, anyone who is on the call with the state party who heard I think it was either Frank or Alan say, “Delta County is divided and you need to take one for the team.” They said that to Delta County’s Republican chair, Dave Bradford. I mean, that was just a slap in the face.

But as the Colorado Springs Gazette’s Evan Wyloge reported at the time, Philp objected strongly to Soper’s characterization, and in the end Soper is the one who knuckled under:

Soper wrote that he now believes the information he passed along about Colorado Neighborhood Coalition is wrong. Under IRS rules, the organization does not have to specify who is funding it.

Down goes Soper! Unfortunately for him, and for that matter Philp and crew as well as the Colorado Republican Party, everyone knows Soper was right the first time–and the distinction between the “dark money” group organized to push for Republican-friendly maps and the Colorado GOP itself is little more than accounting fiction. It’s for all of these reasons and more that the “Colorado Neighborhood Coalition” is set to be thoroughly investigated by the Secretary of State for its activities.

But that doesn’t appear to be slowing Alan Philp down as the redistricting process heads toward the finish line. In addition to maps tied to Philp submitted by special-interest vassal (think Amendment 74) Colorado Farm Bureau, Philp is connected to several other map proposals recently submitted to the commission from less-obviously Republican names like disaffected ex-Rep. Kathleen Curry of Garfield County. The Colorado Sun reports today that yet another Philp-drawn map was submitted this weekend–which Philp claims to have “consulted” with the Colorado Latino Leadership, Advocacy, and Research Organization (CLLARO) on. Philp has said in response to questions about his “ubiquity” that he even helps people draw maps he doesn’t like:

If you believe that, we have a bridge to sell you.

Rep. Soper’s description of Alan Philp’s job, “to increase [GOP] numbers in the State House and if possible increase numbers in the State Senate,” should be taken at Soper’s word despite his subsequent attempts to backpedal. Amendments Y&Z governing this process are explicit that maps drawn to protect incumbents or gerrymander undeserved majorities are illegal.

At this point, every draft map tied to Alan Philp must be considered tainted.

Philp wears many hats, but he has only one job.