Where are the Republican Candidates for Statewide Office? 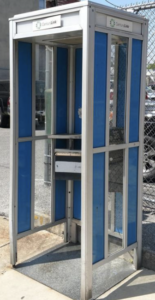 The Republican bench in Colorado

Who’s next? We honestly have no idea…and neither do most Republicans.

Former Mesa County Commissioner Rose Pugliese was long believed to be a likely candidate for SOS, but she made it clear earlier this month that she was staying out of the ring in 2022. We’ve heard a half-dozen names mentioned for State Treasurer, though none seem particularly serious. The word on a possible GOP candidate for Attorney General? Crickets.

This should be a bit of a concern for the GOP considering that we are only 14 months away from the November 2022 election. In years past, we would have already heard credible rumors of potential candidacies by now; in many cases, candidates had officially filed their campaign paperwork months earlier.

By this point in the 2018 election cycle, five known Republicans had filed to run for Governor, including the eventual GOP nominee, Walker Stapleton (whose candidacy had been an open secret for years). This is for good reason: Statewide candidates need to reach a lot of voters and raise a ton of money with relatively-low contribution limits. All of this takes time, which is perhaps the toughest opponent for any campaign.

As you can see from the charts below, most of the better-known Republican candidates had long since filed their official campaign paperwork by this point in a given election cycle (eventual GOP nominees are highlighted in red). George Brauchler’s candidacy for Attorney General came a little later, but Brauchler had already been a declared candidate for Governor earlier in the year and was just switching horses mid-stream. 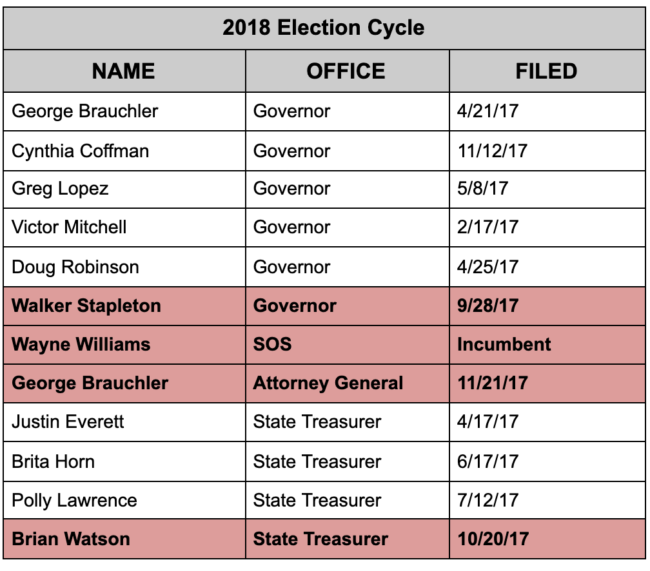 If we go back to the 2014 election cycle, no Republican candidate waited longer than October 1 to file official campaign paperwork: 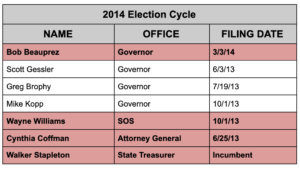 In the 2010 election cycle, the only late GOP entry was eventual gubernatorial nominee Dan Maes, who himself was the mother of all outliers: 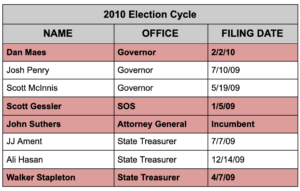 Colorado Republicans still have time to dig up credible candidates in 2022 for Attorney General, State Treasurer, and Secretary of State…but the clock is ticking. The GOP will certainly find someone to be on the General Election ballot in all four statewide races in 2022, but the odds of unearthing a winning candidate get worse with every passing week.