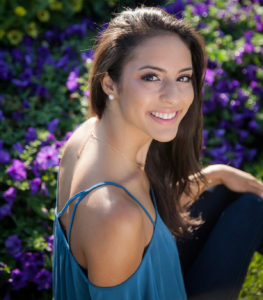 As Denver7’s Stephanie Butzer reports, an important gun safety bill passed in the 2021 session of the Colorado General Assembly takes effect today: the Isabella Joy Thallas Act requiring gun owners whose weapons are lost or stolen to report that loss within 5 days of becoming aware of it:

The Isabella Joy Thallas Act, which requires gun owners to report lost or stolen firearms to law enforcement within five days of realizing its missing, goes into effect in Colorado on Tuesday.

Colorado Gov. Jared Polis signed the bill in April. Earlier that month, the Colorado House on Monday passed the Lost or Stolen Firearms bill (SB21-078), which was renamed via an amendment to its current name of the Isabella Joy Thallas Act.

In June 2020, Thallas was shot and killed in Denver allegedly by a 36-year-old man who had taken a firearm from a Denver police officer he knew. He yelled at Thallas and her boyfriend about their dog defecating on the ground near an apartment complex before opening fire on them, according to a probable cause statement for his arrest. The suspect pleaded not guilty by reason of insanity in March.

Passage of Senate Bill 21-078, renamed the Isabella Joy Thallas Act after the facts of that case underscored the need for such a law during the legislative session, came over the objections of every single Republican in the Colorado General Assembly. The Denver Post’s Saja Hindi reported in April on GOP arguments against the bill:

Republican lawmakers all voted against the bill. Only GOP Rep. Shane Sandridge of Colorado Springs voted for the renaming, but against the bill itself. He said it’s unclear whether this bill would have made a difference for Thallas, and believes the likely changes to the state’s gun laws held in the bill are a violation of the Second Amendment.

“There’s issues with the bill that my constituents had concerns about (like) keeping more stringent records of people who own guns,” he said.

AP reported from the Colorado Senate:

Senate Republicans, including Jim Smallwood, wondered how the bill would reduce gun violence if a missing weapon is already on the streets. Others said it might criminalize gun owners who themselves are victims of the crime of theft.

In both cases, these arguments are directly refuted by the Thallas murder case. The allegedly stolen weapon used to kill Isabella Thallas was owned by a Denver Police officer who has since resigned from the force. Obviously, a police officer’s higher responsibility to keep track of their weapons (department-issued or not) negates all of these objections–and compared to the alternative of lives being lost, “criminalizing” the failure to report the loss or theft of anybody’s gun in the form of a $25 fine seems like a feeble objection indeed. If anything, a $25 civil penalty isn’t nearly enough.

Like we said last spring, the fierce objections by Republicans to what amounts to a very modest and common-sense gun safety reform only please a small minority of the electorate. The absolute loyalty of Republicans to the gun lobby is at its most unpalatable to voters in these debates over proposals that, like reporting stolen guns and properly storing guns in homes with children, many voters are surprised to learn aren’t already the law.

By refusing to consider even the most modest and broadly supported gun safety measures, Republicans rob themselves of both bargaining power and credibility. In so doing, they increasingly squander what has been a traditional political advantage.

The days of Dudley Brown are over.