Has Boebert Finally Gone Too Far? 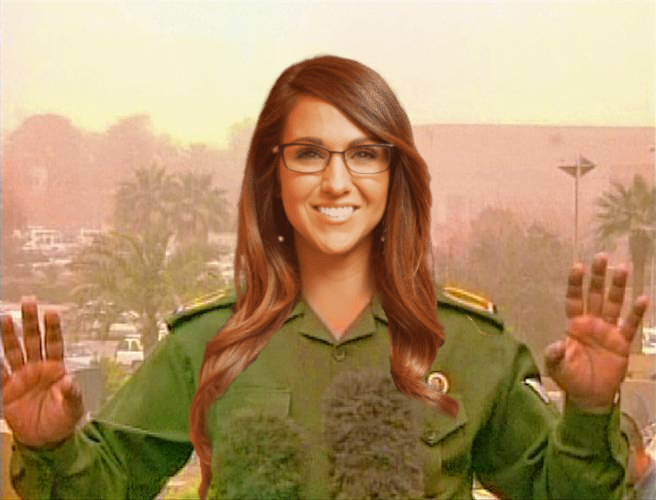 “The Taliban are the only people building back better.”

Freshman GOP Rep. Lauren Boebert, as readers know painfully well by now, seeks by design to be one of the most outrageous voices contributing to the din around every major news story. On any available subject, Boebert can be consistently depended upon to offer a shocking statement more or less entirely for its shock value, in hope that sheer bombast will lead to either news coverage or at least an avalanche of social media attention–attention which Boebert does not bother to distinguish between support and condemnation. Generally speaking, it’s all the same to her.

But yesterday, as Newsweek’s Jack Beresford reports, Boebert appears to have miscalculated the response to the Tweet you can see above, which unambiguously expresses support for the Taliban regime in Afghanistan while American officials try desperately to evacuate thousands of allies and American citizens from the country:

GOP congresswoman Lauren Boebert has been criticized for appearing to express support for the Taliban and also mocking footage showing several Afghans clinging to a U.S. military plane on Monday.

Boebert has been a vocal critic of President Joe Biden’s decision to withdraw U.S. forces from Afghanistan in a move that has seen Taliban insurgents seize control of much of the country over the past week.

However, her latest tweets have not sat well with many on social media, who were quick to take the freshman Representative to task over her choice of words.

There are grave concerns the Taliban will roll back basic human and democratic rights, especially for women, and oversee a return to the extremist Islamic rule that Afghans lived under from 1996 to 2001.

Boebert, a major cheerleader for Donald Trump’s 2020 presidential election lies, has faced scrutiny over her role in inspiring the violent insurrection led by his supporters at the U.S. Capitol on Jan. 6. Her critics slammed her for the Taliban-friendly quip after she helped foment a domestic terrorism incident.

They also recirculated a notable February tweet in which Boebert called out Biden for delaying the withdrawal of U.S. troops from Afghanistan: “We need to end the endless wars,” she said at the time.

As with so many Republicans savaging the Biden administration for what everyone agrees was a more troubled exit than anyone hoped for, Rep. Boebert has a long record of hypocritical statements enthusiastically supporting former President Donald Trump’s similar promises to pull American troops out of Afghanistan–including Trump’s boast just a month ago that his actions had forced the Biden administration to stay on track to withdraw against their wishes. Republicans aren’t even trying to reconcile these contradictory viewpoints as they pile on the administration today.

From what we can see, Boebert is the only Republican who took the additional step of praising the Taliban.

The vitriol in American politics has grown immeasurably in recent years, most of it coming from the right as Trump smeared and slandered his way to power. But when partisan hostility grows so intense that one side starts cheering on a foreign enemy posing an immediate threat to thousands of Americans and our allies, something has got to give.

Or this isn’t the country it used to be.