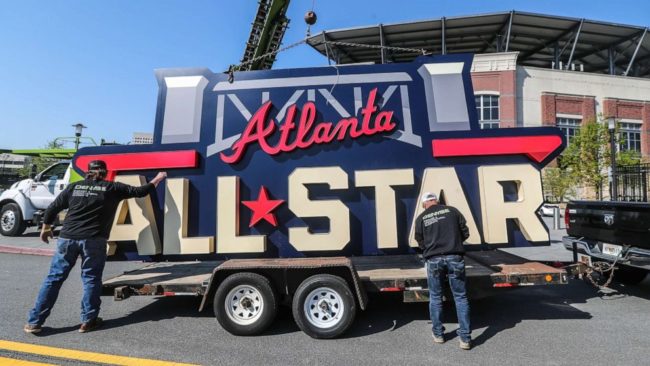 Last April in the immediate aftermath of the decision by Major League Baseball to pull the All-Star Game from Georgia and a few days later award the game to Colorado in response to Georgia’s passage of controversial vote suppression legislation, Republicans were on the defensive to explain why Georgia suddenly needed to crack down on voting rights after Donald Trump’s narrow but trebly-verified loss in the state in last November’s presidential election–besides the obvious explanation, of course.

Republicans defending Georgia’s legislation and decrying MLB’s decision to move the All-Star Game asserted at this time that Colorado’s voting laws were somehow more restrictive than Georgia’s, thereby questioning the whole basis of the move to Colorado. The problem is that this suggestion is completely untrue, since Colorado sends mail ballots to every active voter and allows for same-day voter registration–a system that gives Colorado one of the highest rates of voter participation in the nation. National Public Radio, the Washington Post, the New York Times, and local media outlets absolutely destroyed this claim in comprehensive fact-checking pieces when the decision was announced in April.

So obviously, after being smacked down by every credible media outlet in the land, Republicans apologized for getting the facts as wrong as they can possibly be gotten and promised to tell the truth next time–right?

Tonight was supposed to be Georgia’s night. $100 million of lost revenue because of Democrat lies.

They moved the All-Star game to a state and a city with more restrictive election laws.

We are sick & tired of the lies. pic.twitter.com/h4QOn4AXYG

There it is, folks! Either the Republican National Committee figures you’ve forgotten how this exact same false claim was debunked with prejudice months ago, or they just don’t care about being fact-checked when their base is so well insulated from mainstream sources of information. We don’t believe the RNC simply forgot that this had been so widely debunked, therefore it must be yet another example of Republicans willfully disregarding reality in order to keep their political narrative intact.

The Big Lie has an entourage of Little Lies. It seems Republicans refuse to part with even the least of them.