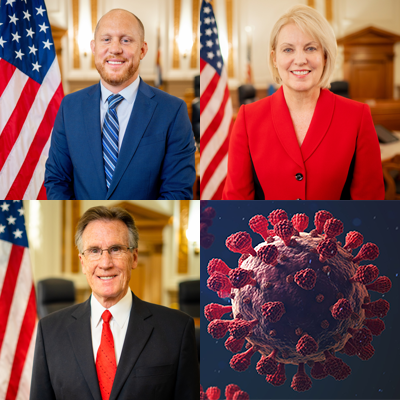 They’re oddly late to the party, but as the Grand Junction Sentinel’s Charles Ashby reports:

The Mesa County commissioners want Gov. Jared Polis to stop paying people who are receiving state or federal unemployment benefits an extra $300 a week because they believe it’s spurring them to not return to work…

“Mesa County’s May 2021 unemployment rate was 6%; however, our job openings are at historic highs,” the three commissioners wrote in the letter to Polis on Monday. “Pre-pandemic, our unemployment rate for May of 2019 was 2.9%; however, our job openings are currently up 41% from where they were in May of 2019. Our economy is tracking towards pre-pandemic numbers, but we need the available workforce to meet the demand of our economy.”

The commissioners aren’t the first in the state or around the nation calling on governors to end those additional compensation payments. To date, more than two dozen states — all with Republican governors — have ended the supplemental payments, which are due to expire Sept. 6.

Last month, and it was Ashby’s reporting we cited then as well, Colorado’s three Republican members of Congress made the same unsuccessful request of Gov. Jared Polis to cut off the $300 per week in supplemental unemployment benefits unemployed workers have been receiving (already cut in half from what they got through most of 2020) in order to “motivate” workers to return to their pre-pandemic jobs. This ignores the fact that people receiving unemployment are required to document their job search to continue receiving benefits, and betrays in general a nasty misanthropic presumption about the motivations of American workers.

Then there’s the next question: has cutting off expanded unemployment benefits even “worked” to force people back on the job in states who took that step? CNBC reported last month that the answer based on available data so far is no, not so much:

Job hunting has been muted in 12 states that opted out of federal unemployment programs in recent weeks, suggesting the policy may not be working as planned, according to a new analysis by job site Indeed…

They’re the first among a total of 25 states, all led by Republican governors, withdrawing from federal unemployment programs to encourage recipients to look for work amid record job openings.

Instead of punitively cutting off benefits to unemployed workers, Colorado adopted an incentive system to reward workers for going back on the job–a program that has already had thousands of takers. In reality there are all kinds of perfectly legitimate reasons why American workers may be slow to re-enter the workforce after a paradigm-altering experience like the COVID-19 pandemic, and the results in red states who have cut off benefits suggest the only thing they accomplished was needless economic pain in their states. Again, it’s against the law for unemployed workers to do what Republicans members of Congress and now the all-GOP Mesa County commissioners are suggesting, which is to intentionally stay off the job just to collect unemployment benefits.

And in Mesa County, they just might not want to get sick and die of COVID-19:

“And in terms of people who are concerned about being exposed to COVID, the vaccine has been available in Mesa County since January, it’s been available to all populations since early April. It’s at many locations, it’s free.”

While the three commissioners have been vaccinated, they are among only about 41% of the county’s eligible population to do so.

This is where the cognitive dissonance is laid bare for all to see. A conservative stronghold with one of the lowest rates of vaccination among populated counties in Colorado wants to hurt their workers to force them back on the job, the consolation prize being easy availability of a vaccine higher-ranking Mesa County Republicans like Rep. Lauren Boebert are literally comparing to the “Mark of the Beast.” It’s an outrageous contradiction from leaders of the same party. There’s no reconciling it–unless the Mesa County commissioners were to actually call out sources of misinformation like Boebert, which they have shown no inclination to do despite being besieged week after week by threatening mobs fired up on lunatic COVID-19 falsehoods.

If you can’t (or won’t) take on the root cause of a problem, maybe it’s better to just keep your mouth shut.